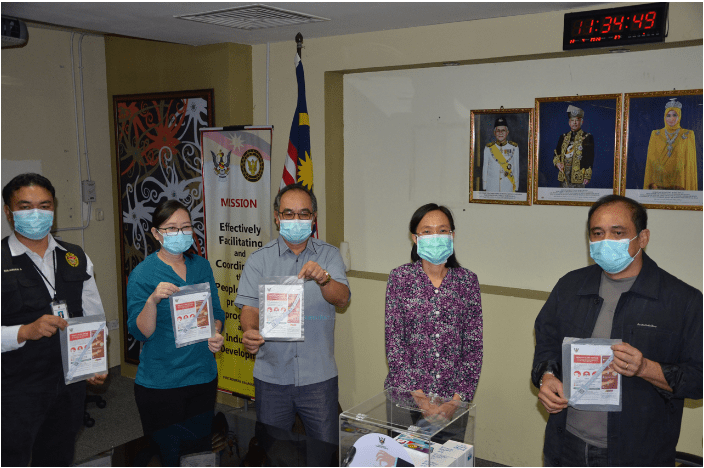 BINTULU: The Digital Surveillance System using QR-coded wristbands for those entering Sarawak has been extended to Bintulu Division.

Resident Jack Aman Luat, however, said Bintulu has yet to receive any flights from outside Sarawak or from Peninsular Malaysia, Labuan or Sabah during the third phase of movement control order (MCO).

“Data collection will only involve domestic flights, and passengers must do E-Health declaration before going to their respective destinations,” he said.

“Bintulu Airport will check compliance on the incoming people, and stay-at-home restriction imposed on them under the MCO.

“Once given notice by Ministry of Health, the committee will identify them and put on the wristbands, and we monitor their movement,” he told a press conference on the implementation of E-Health Declaration and Digital Surveillance Solution at Bintulu Resident’s Office yesterday.

The wristbands, designed by SMA is a digital surveillance device to keep track of the returning Sarawakians in order to curb the spread of Covid-19.

Jack said persons under surveillance (PUS) found to have removed their wristbands before the completion of their stay at home notice or home quarantine would be fined RM1,000.

They are required to report their daily location at 8am and 8pm daily.