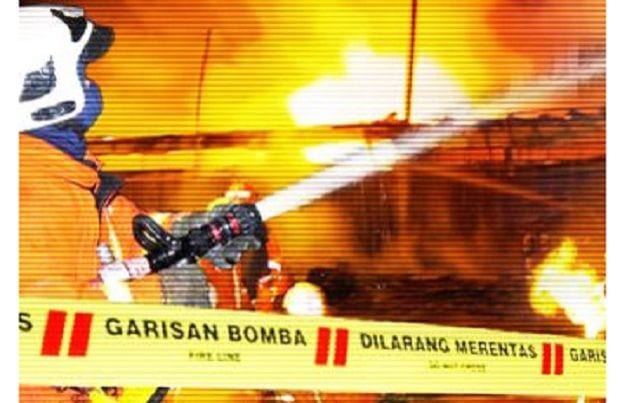 KOTA KINABALU: A disabled man was burnt to death in a fire at Kg Bakiau, off Sabah’s rural Keningau district in the wee hours of Saturday (June 5).

The 65-year-old identified as Amburus Antougou, who could not walk, was sleeping with his son, Daud, 45, when the fire was believed to have started just after midnight.

Keningau OCPD Deputy Supt Shahrudin Mat Husain said according to the son, he had woken up to thick smoke that enveloped the house at about 1am.

“The fire was already everywhere when the son woke up, he tried to carry his father but could not and had no choice but to leave the house, which was already up in flames then, ” he said.

He said the victim was not sure how and where the fire started as well but some witnesses, who are also neighbours, said they first saw flames coming from the living room area.

State Fire and Rescue Department officials reported that preliminary investigations showed that the fire started due to a short circuit.

Firemen had arrived at the burning house not long after receiving a call at 1.25am, to find it totally up in flames.

The charred remains of the victim were found in a room in the house.

The body has been taken to the Keningau Hospital for postmortem while investigations on the total losses and other matters are ongoing.