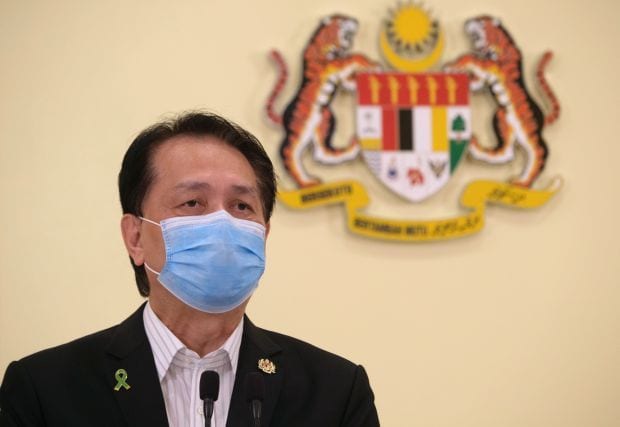 The Health director-general hailed it as a milestone and phenomenal achievement in Malaysia’s long journey towards achieving the World Health Organization (WHO) goal of eliminating HCV by 2030.

“This has opened up opportunities in our country to conduct clinical trials. This is just the beginning; one opportunity leads to many other opportunities,” he told a press conference on Monday (June 14).

In results published in the medical journal The Lancet in April, the combination of the drugs Ravidasvir and Sofusbuvir showed cure rates of 97% and was well tolerated in a diverse adult population with chronic HCV infection.

The clinical studies were sponsored by DNDi as well as Malaysia and Thailand’s Health ministries.

On June 4, the Drug Control Authority (DCA) Malaysia granted a conditional registration for the drug, with Malaysia being the first country in the world to approve of its use.

“From the administrative point of view, we are looking at this as a massive public health measure.

“Number one is to treat those with HCV and number two, in the long run, to prevent liver failure and the enormous cost.

“So public health basically is prevention. If we can eliminate HCV, we will indirectly eliminate liver failure, liver cirrhosis and liver cancer,” said Dr Noor Hisham.

He said the drug is expected to be available by the end of this year and that the whole course of treatment would cost about RM420.

There are an estimated 400,000 people living with HCV in Malaysia, although the majority are unaware that they are infected because of the lack of symptoms until complications set in.

National Head of Gastroenterology and Hepatology Datuk Dr Radzi Abu Hassan said there will be increased accessibility to HCV treatment with the drug.

“Liver failure is a very serious complication. Most patients will succumb to the illness.

“What’s the point of medical innovation if it doesn’t translate to access for patients,” he said, adding that this was the ninth treatment they had developed in 16 years.

Hepatitis C is a type of liver inflammation that is caused by the Hepatitis C virus and can lead to cirrhosis or liver cancer.

The virus is transmitted mainly through blood, with nearly 60% of cases in Malaysia related to drug use through shared needles.

Meet the hornbill detectives of Malaysia

National Fourth Industrial Revolution Policy to be launched on July 1