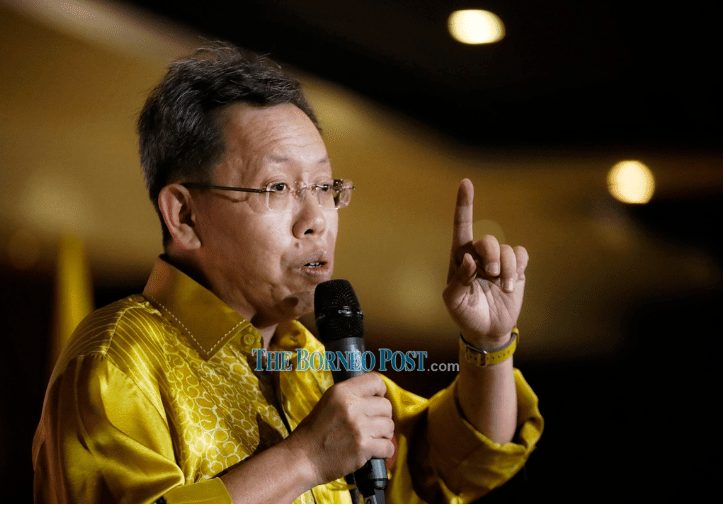 KUCHING: Local Government and Housing Minister Dato Sri Dr Sim Kui Hian has expressed his disappointment with some opposition politicians who continue to play politics during the current Covid-19 pandemic.

Responding to questions from reporters during the daily update on Covid-19, he said such politicians were misleading and they have been featured on social media carrying bags of rice when attending to recipients of food aid.

“It is extremely sad that at this time when we are so busy with Covid-19 on the ground, some people are so free and still have time to play politics. So free that they have the chance to show on YouTube, carry rice.

“I don’t see them carry rice most of the time. That’s when the only time to carry rice (and it is) just for show,” he said.

He was asked to respond to an allegation made by DAP Sarawak chairman Chong Chieng Jen that both the state and federal governments are discriminating against residents in opposition-held areas in regards to food aid distribution.

“We have said it many times. Anybody need food aid under Sarawakku Sayang package announced by the Chief Minister – since we want everybody to have food during this crisis, can ring up hotlines. In case, any of the YB (elected representatives) don’t not do their job and don’t know hotline number, the hotline number for Kuching is 082-507111.

“I hope that anybody who doesn’t have food aid, call this number and the DDMC will help to make sure they have fair. It is not about playing politics. The funding has been given to the DDMC, not given to YB,” he said.

Chong in another press statement today claimed more than 90 per cent of those residing in constituencies under DAP here have not received any food aid from the state government.

According to Chong, this was made known after the recipients of the DAP food aid were asked whether they have received anything from the state Welfare Department.

Chong further questioned how the RM200,000 allocation for each of the constituencies were spent for Padungan, Pending, Batu Lintang and Kota Sentosa.

He called on the state government to “come clean” and be transparent on the allocations, stressing that DAP supports more allocations for the poor and the economy at this critical time.

Prince and Princess of Wales visit nation for first time