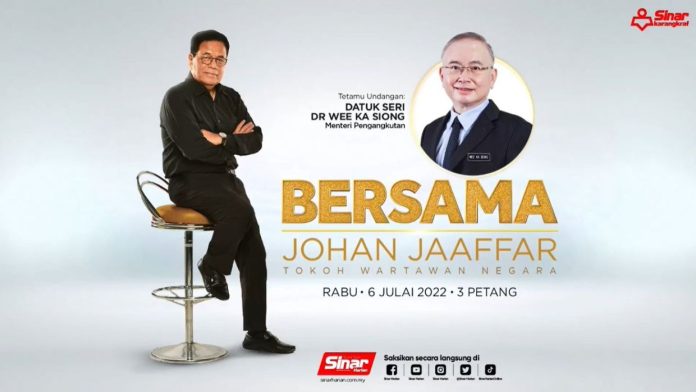 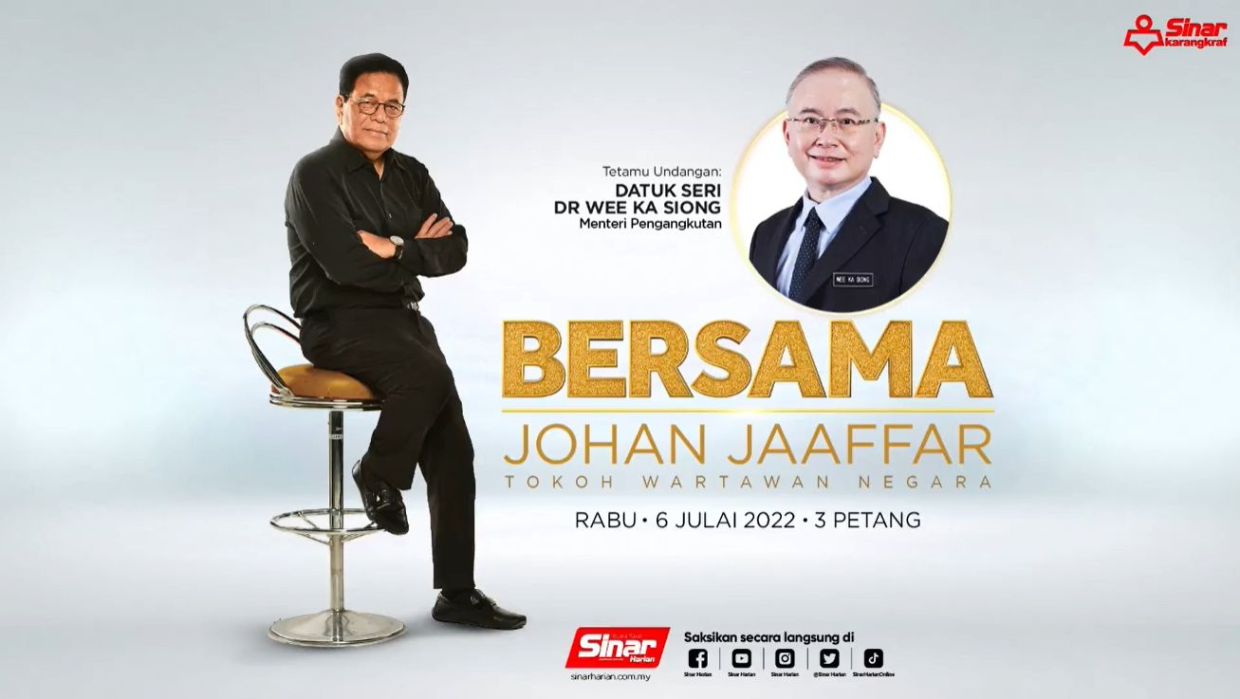 PETALING JAYA: The nation’s transport infrastructure is a work in progress with targets to be achieved in levels, says Datuk Seri Dr Wee Ka Siong.

The Transport Minister mentioned that he wouldn’t be happy till the ministry has completed all its targets arrange for the nation’s transport infrastructure.

“I can not say we’re happy till now we have achieved what now we have sought out to perform. We have National Transport Policy (NTP) 2019 -2030 which, amongst its contents, states that we need to construct up our transport infrastructure whereas additionally spurring the economic system.

“In this context, we nonetheless have a lot to do to complete the infrastructure that’s being constructed and in the planning levels to be constructed,” he mentioned this in an interview with veteran journalist Tan Sri Johan Jaafar, organised by Sinar Harian.

Citing the Mass Rapid Transit (MRT) for instance, he mentioned that MRT 2 will probably be totally operational in seven months.

“Now there’s solely 12 stations, and a size of 17.5km however the full (MRT 2) is 57.7km with a complete of 36 stations. Then we will see a extra full rail system connecting Kwasa Damansara to Putrajaya.

“And there’s a lot extra like MRT3. Just the planning of our rail system alone, there may be a lot extra to do and this wants time and to be executed in phases,” he mentioned.

Speaking on the fixed visitors jams in the town, Dr Wee mentioned that public transportation alone won’t clear up the difficulty.

“There is not only one issue. We must additionally have a look at automotive possession and in the previous we inspired folks to purchase automobiles due to our nationwide carmaker.

“The addition of roads is among the efforts to ease visitors, however on the identical time if we don’t combine our public transportation, then it nonetheless fails. For instance, if we encourage folks to not drive their automobiles now we have to offer companies like ‘park and experience’ and supply locations to place their automobiles,” he mentioned.

He added that lower than 1.5% of logistics are being transported through the rail system.

“Some international locations are at 10%. Doing this may even cut back visitors on the street,” he mentioned.