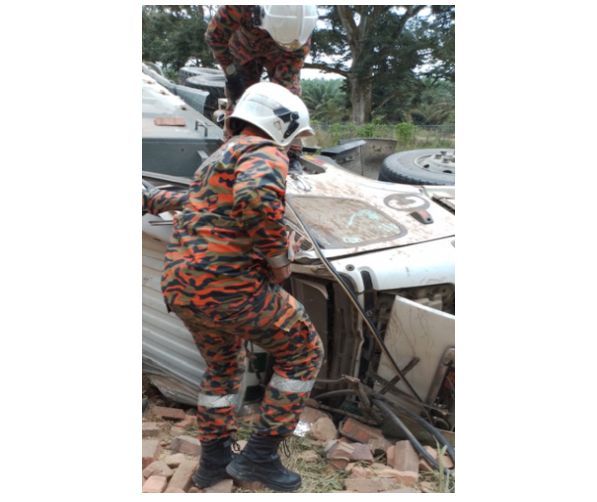 “The operations have been led by senior officer II, Azmi Salam,’’ Iqbal mentioned in an announcement.

He mentioned firemen used an gear to rescue the 32-year-old sufferer who was pinned in the driving force’s seat.

Iqbal mentioned the sufferer acquired early therapy from the firemen earlier than he was despatched to the hospital by the Health Ministry ambulance.

The operations ended at 3.03pm.