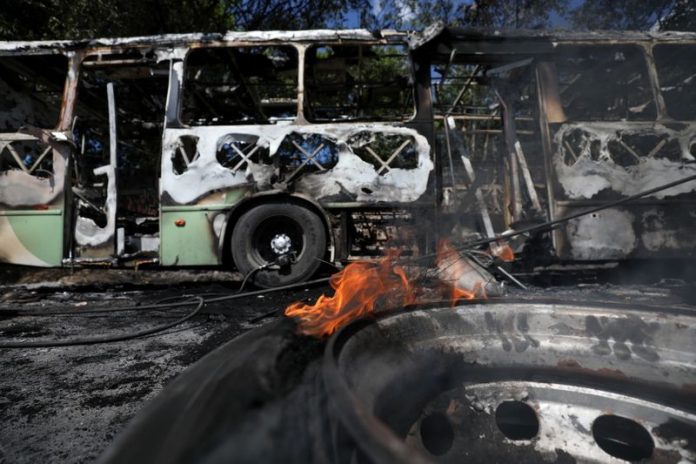 MANAUS, Brazil (Reuters) – Fourteen buses and two police cars were set on fire and destroyed in the early hours of Sunday in the Brazilian Amazon city of Manaus in reprisal for the death of a drug trafficker, the state government said.

Bus services were suspended until reinforced police patrols could be deployed in the city, which has been badly hit by the coronavirus pandemic.

Amazonas state security secretary Colonel Louismar Bonates said in a statement that the order to torch the public vehicles came from within the prison where drug gang leaders are jailed.

Vehicles were also set on fire in two neighboring towns, he said.