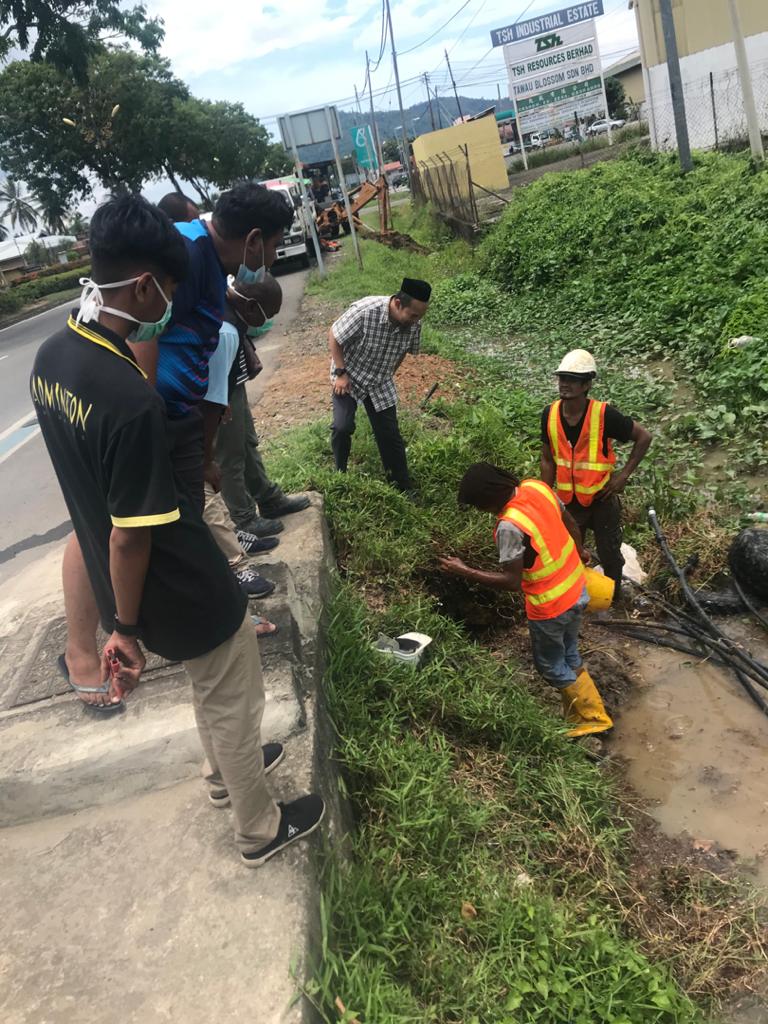 District engineer Asabri Robenson said the illegal connections were discovered after its personnel checked a video of a burst pipe at Mile 4 being sent by a complainant.

The disconnection was carried by the department with assistance of contractors from 11.10am to 12.50pm.

All the illegal connections to the squatter colony, Kg Sri Aman and nearby squatter areas were believed to have been made by irresponsible people.

Asabri said several polypipe rolls and saddle clamps were seized during the operation and brought back to the department’s office for further action.

The offence of making illegal connection under Section 49 (b) & Section 53 is punishable by a fine of up to RM 50,000 or two years in jail under the Sabah State Water Supply Enactment 2003.

He said the department also requested public cooperation by informing the department’s Careline at 088326888 of any cases of theft or leakage of water pipes immediately.