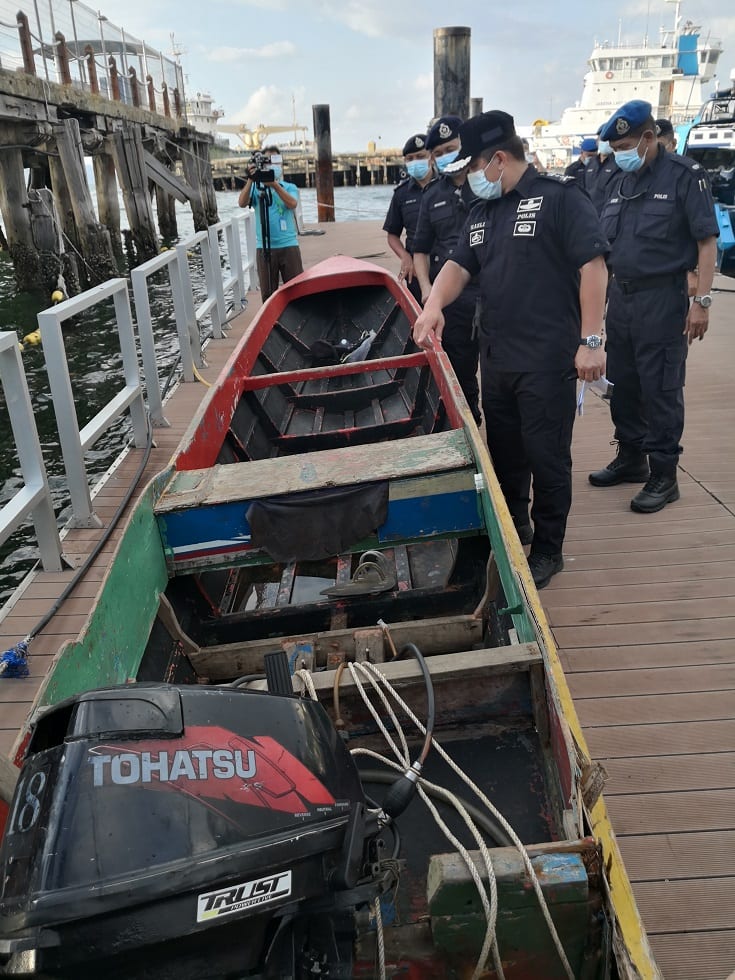 KOTA KINABALU: Eight men were detained by the Marine Operation Force for attempting to enter the state capital from Pulau Gaya, thus violating the movement control order (MCO) on Tuesday.

Sabah Deputy Commissioner of Police Datuk Mazli Mazlan said suspects, in their 30s and 40s, were detained by marine police as they were travelling in a boat from Pulau Gaya heading towards Kota Kinabalu jetty, behind the central market here around 4.30pm on April 21.

When stopped and questioned by police, the suspects claimed that they intended to buy groceries at the state capital, he said.

However, as residents of Pulau Gaya they violated the MCO as they were not allowed to enter the state capital during the MCO period, Mazli told a press conference at the Marine police jetty at Jesselton here yesterday.

Mazli said the suspects, all without documents on them, were taken to the Kota Kinabalu Police Station and would be remanded for investigation under Regulation 11(1) of the Prevention and Control of Infectious Diseases (Measures within the Infected Local Areas) Regulation 2020.4.22

Mazli, therefore, reminded the public to continue to obey the MCO period as police would not compromise with MCO violator.