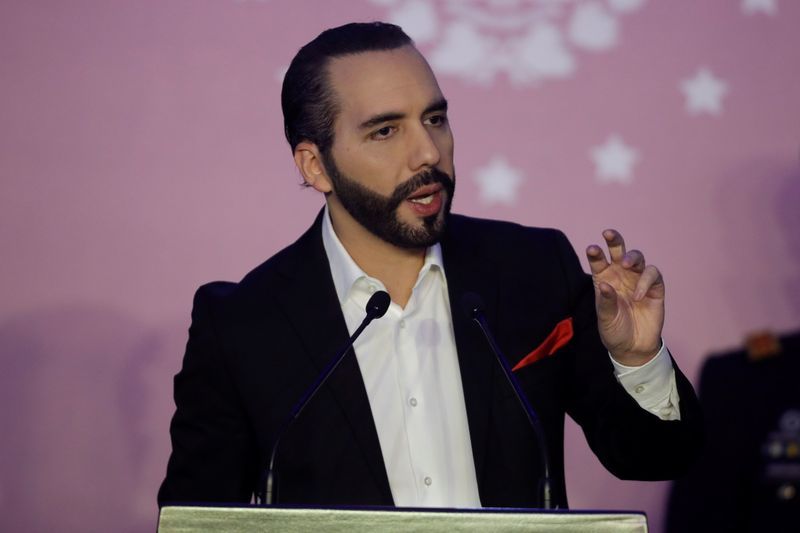 Bukele, speaking in a video shared on his Twitter account, said the government would subsidize small and medium-sized companies for 12 months to cover the increase, with the goal of keeping businesses from passing on higher costs to consumers.

“We can do little to change the rules of the world market, but we can do some ethical things,” Bukele said. “That is why this morning there is already a request to the Council of Minimum Wages to increase the minimum wage of Salvadorans.”

The current minimum wage is $300 per month and was last increased in 2017 by 15%. A revision to the minimum wage must be done, by law, every three years.

El Salvador’s secretary of commerce said in a local television interview on Thursday that the pandemic prevented officials from reviewing the issue in 2020.

Bukele also ordered new food handouts under a pandemic social program, which he said could help inflation by lessening the demand for food purchases.

“By introducing so much food to Salvadoran families, we are going to lower the local demand. And although it will not impact global prices, it may impact local prices,” Bukele said.

Bukele’s proposal to increase the minimum wage will be reviewed by a specialized council made up of independent business leaders and some government employees.

The council, which was due to discuss the proposal on Thursday, canceled its meeting after the publication of the U.S. State Department’s “corruption and democracy list” that named several current and former Salvadoran officials.

Labor Minister Rolando Castro, who was expected to lead the meeting on minimum wage, was among the officials the U.S. government said had engaged in corruption.

El Salvador this month became the first country to adopt bitcoin as legal tender along with the U.S. dollar, with Bukele touting the cryptocurrency’s potential as a remittance currency for Salvadorans overseas.

Bukele’s recent political moves, including replacing senior judges and the attorney general, have complicated negotiations for a potential $1 billion-financing program from the International Monetary Fund. The IMF did not immediately respond to a request for comment about the wage hike and subsidy plan.

Other Sports: Sport-Black Lives Matter moves from protest to action for athletes

Dear Thelma: My future is uncertain due to my sibling