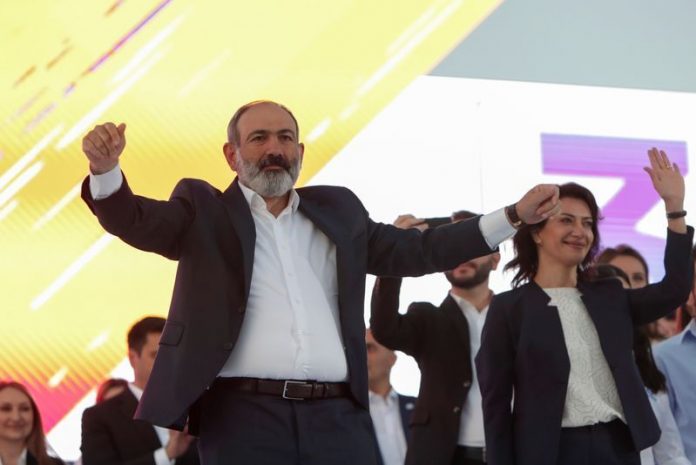 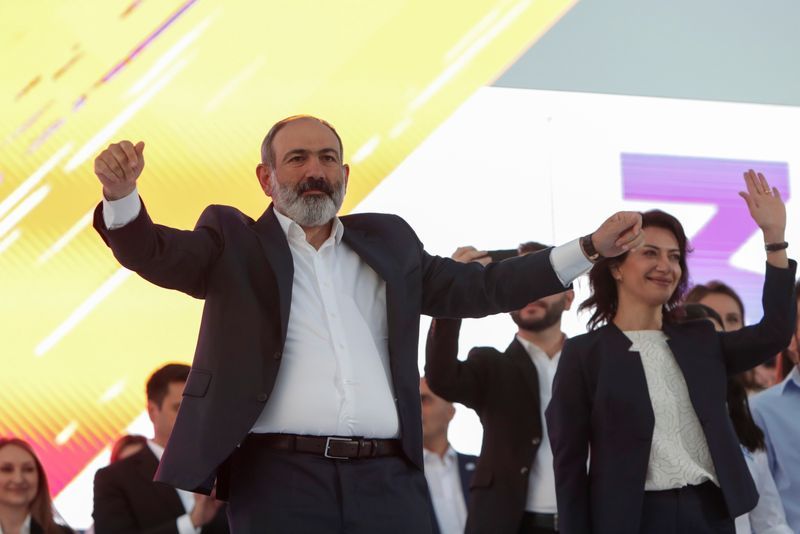 MOSCOW (Reuters) – Armenia’s political fate hangs in the balance ahead of a parliamentary election on Sunday with opinion polls putting the party of acting Prime Minister Nikol Pashinyan and that of former President Robert Kocharyan neck-and-neck.

The Armenian government called the snap election to try to end a political crisis that erupted after ethnic Armenian forces lost a bloody six-week war against Azerbaijan last year and ceded territory in and around the Nagorno-Karabakh region.

Pashinyan has been under pressure ever since, with regular street protests demanding he step down over the terms of the peace agreement that ended the conflict. Under the deal, which was brokered by Russia, Azerbaijan regained control of territory it had lost during a war in the early 1990s.

Pashinyan himself called the agreement a disaster, but said he had been compelled to sign it in order to prevent greater human and territorial losses.

According to a recent Gallup International poll conducted on June 7-10, 24.1% of voters are ready to vote for Kocharyan’s Armenia Alliance and 23.8% for Pashinyan’s Civil Contract party.

Whoever forms a majority in parliament gets to elect the prime minister, who is nominated by the president.

Armenia, which hosts a Russian military base, is a close ally of Moscow, though Pashinyan, who came to power on the back of street protests and on an anti-corruption agenda in 2018, has had cooler relations with the Kremlin.

“We wish a successful election to our close ally and partner,” Kremlin spokesman Dmitry Peskov said on Friday.

Turkey, which supported Azerbaijan in last year’s conflict, will also be watching closely.

Pashinyan’s main rival is Kocharyan, a native of Nagorno-Karabakh, the region that was fought over last year. It is internationally recognised as part of Azerbaijan but has long been claimed by ethnic Armenians too.

He was president of Armenia from 1998 to 2008 and was accused of acting unlawfully when he introduced a state of emergency in March 2008 following a disputed election. At least 10 people were killed in the clashes that followed between the police and protesters.

In a recent interview with Russia’s RT TV channel, Kocharyan accused the then Armenian leadership of inaction during last year’s war and pledged to start negotiations on Nagorno-Karabakh’s borders if he came to power.