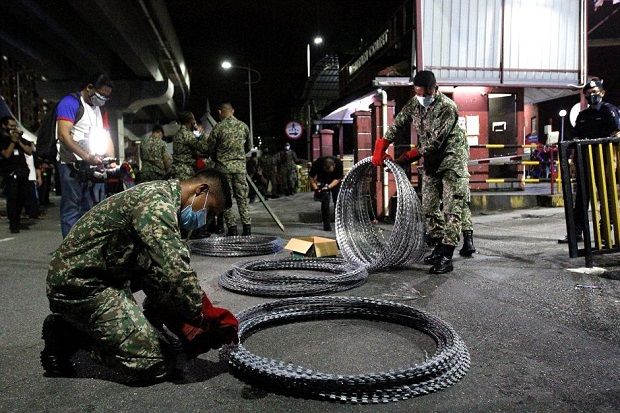 PETALING JAYA: The enhanced movement control order (EMCO) at Mentari Court has ended a day ahead of schedule to the great joy of those staying there.

Shouts of “terima kasih” (thank you) and singing rang out across all apartment blocks as the barb wire surrounding the entrance of the apartment was removed.

Petaling district officer Datuk Johary Anuar, at a press conference there, said that the ECMO ended a day earlier due to good cooperation between frontliners and inhabitants.

“It was actually scheduled to end on Wednesday (July 14), but since all health checks and vaccinations have been completed, we asked the National Security Council to bring the end date forward.

“Throughout the 12 days, 9,500 inhabitants were screened with 419 people testing positive,” he said.

Sixty-eight who tested positive were sent to hospitals and quarantine centres for further treatment while the rest were issued home quarantine orders.

Johary also thanked all agencies and departments involved with enforcing and monitoring the EMCO as well as private entities and NGOs.

“We hope everyone continues to adhere to the SOPs, even those who have been given vaccines,” he said.

Spain scraps outdoor mask-wearing rule, but many stay covered up

LinkedIn signs up to EU code against online hate speech