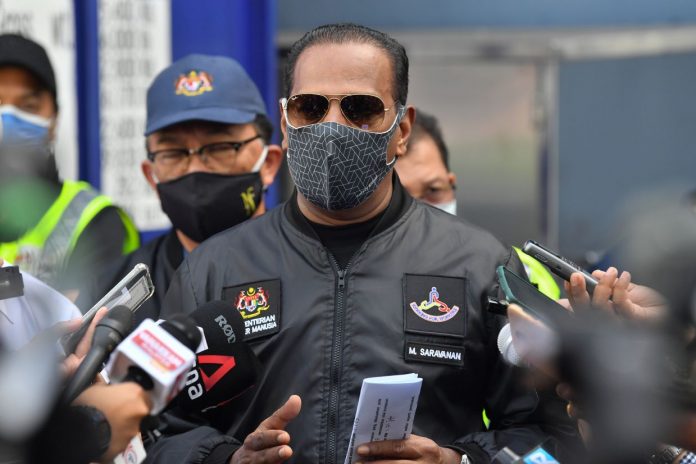 PUTRAJAYA (Bernama): Only workers in essential services are allowed to leave their homes in enhanced movement control order areas to go to work when it is in force, says Datuk Seri M Saravanan (pic).

The Human Resources Minister issued the reminder on Friday (July 2) following the announcement that most parts of Selangor and certain localities in Kuala Lumpur will be under an enhanced MCO from July 3 to July 16 because of a high numbers of Covid-19 cases.

“Therefore, employers are required to abide by this order and allow their workers (in non-essential services) to work from home (WFH), ” he said.

Saravanan reminded employers to abide by the EMCO and standard operating procedure (SOP), especially on the number of workers allowed in the office or other work places.

He said the Human Resources Ministry had received many complaints from workers that their employers had threatened them with termination if they refused to work from the office.

He advised workers to report such errant employers to the ministry by using the Working for Workers (WFW) application.

Apart from WFH-related complaints, the app also has 16 other categories of complaints involving various labour issues.

“The ministry gives attention to complaints received and will take the appropriate action, ” he said.

He said 1,878 complaints were recorded by the WFW app between May 23 and Thursday (July 1) on the issue of employers not allowing their workers to work from home.

Saravanan said 59 compound notices for violating the worker attendance capacity at the office or workplace were issued by the Labour Department and the Occupational Safety and Health Department between June 1 and July 1. – Bernama