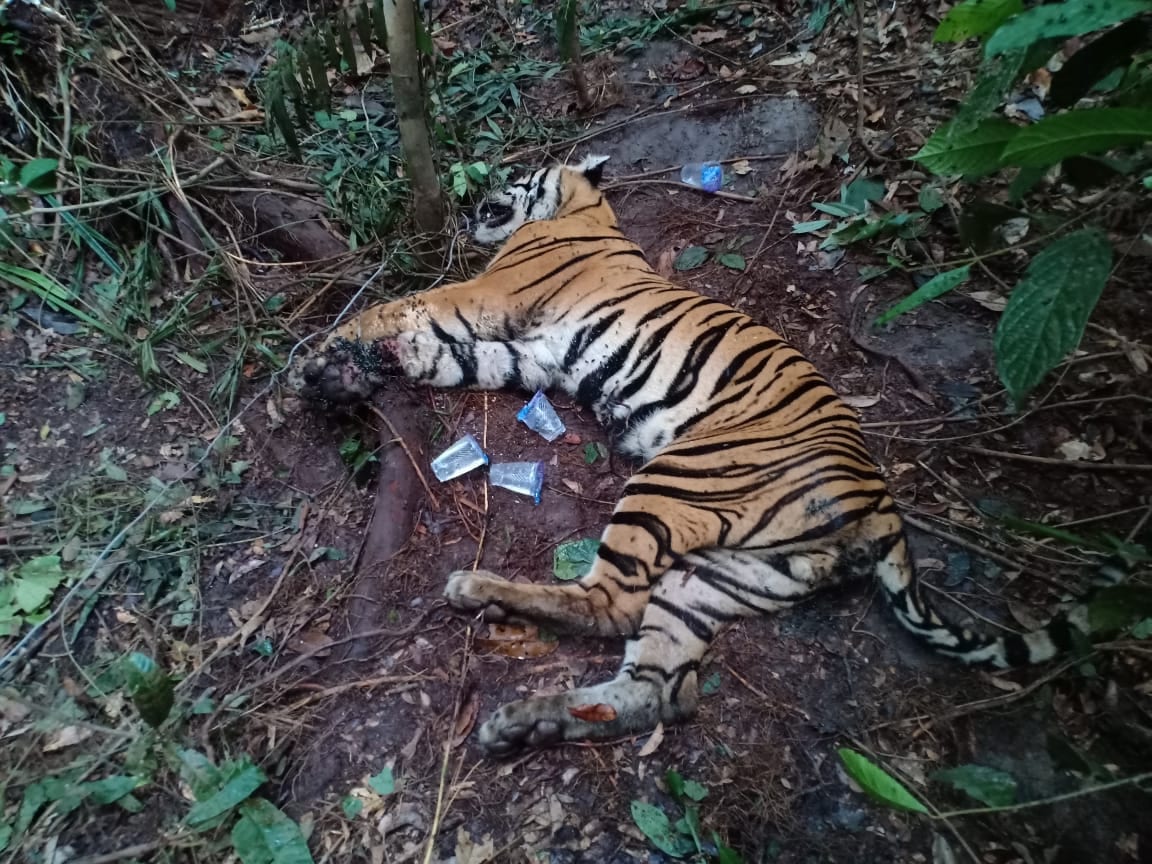 PEKANBARU, Indonesia:  A Sumatran tiger has been found dead in an apparent case of poaching, Indonesian authorities said yesterday, underscoring the threats to the survival of the critically endangered species.

The 18-month-old male’s decomposing body was found on Monday with its leg caught in a trap near a palm oil plantation in Sumatra’s Riau province.

“It had already been dead for several days when the team found it,” said local conservation agency head Suharyono, who like many Indonesians goes by one name.

“We concluded it was intentional because the hunter tied a pig carcass to the trap in order to attract and kill the tiger.”

Hunters often kill tigers to sell their skins to collectors.

Poaching is responsible for almost 80 per cent of Sumatran tiger deaths, according to TRAFFIC, a global wildlife trade monitoring network.

In February, a Sumatran tiger was found dead in Bengkulu province after being caught in a hunter’s trap.

A month earlier, authorities in Aceh province arrested a man after he offered to sell a tiger skin to an undercover officer for around 90 million rupiah (US$6,070).

Less than 400 Sumatran tigers are believed to remain in the wild.- — AFP