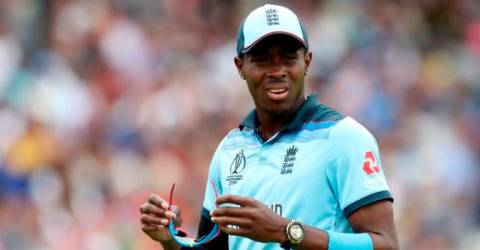 MANCHESTER: England must decide whether to recall Jofra Archer (pix) for the decisive third Test against the West Indies at Old Trafford on Friday after the fast bowler suffered online racist abuse.

Archer is available after missing England’s series-levelling win at the same ground following a breach of coronavirus protocols.

In a Daily Mail column published on Wednesday, the 25-year-old admitted to an error of judgement but said he had not “committed a crime”.

He added some of the criticism he had faced on social media following the incident had been racist and he had reported the comments to the ECB (England and Wales Cricket Board).

“I need to be 100 percent mentally right so that I can throw myself into my cricket this week,” Archer wrote. “If I play and don’t bowl 90 miles an hour it’s going to be news.”

Veteran England paceman James Anderson said skipper Joe Root and coach Chris Silverwood would have to assess with Archer whether he was “in the right place to play”.

There is certainly no denying the Barbados-born Archer’s talent.

In eight Tests since his debut last year he has taken 33 wickets at an average of 28.12, with his tally already including three five-wicket hauls.

But as they showed during their 113-run win in the second Test, England have plenty of pace bowling options, with Stuart Broad taking six wickets on his return to international duty.

England have been rotating their seamers throughout a series that forms part of a gruelling schedule of six Tests, including three against Pakistan, in seven weeks.

Veteran spearhead Anderson could now return on his Lancashire home ground, having been rested from the series-levelling win, as could Mark Wood.

Meanwhile left-armer Jack Leach, who will turn the ball away from the tourists’ clutch of right-handed batsmen, may be recalled in place of fellow Somerset spinner Don Bess. – AFP

Other Sports: Paralympics-Russian, Belarusian athletes can no longer compete in Beijing Paralympics – IPC

‘The struggle goes on’: Argentina’s Peronists search positives in rubble of defeat

Bung: PBS and Warisan ‘cooperation’ not meant in the political sense