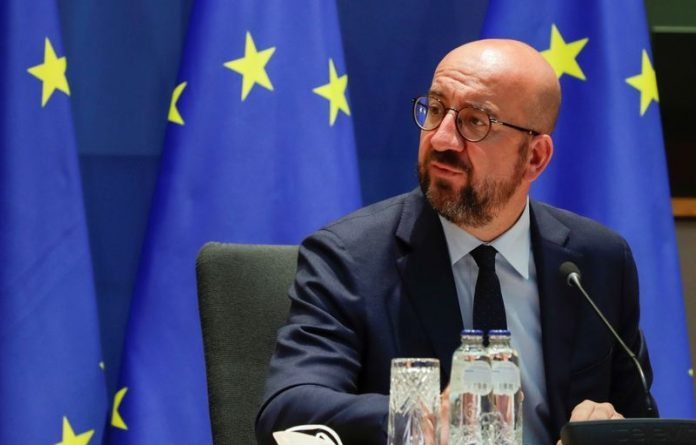 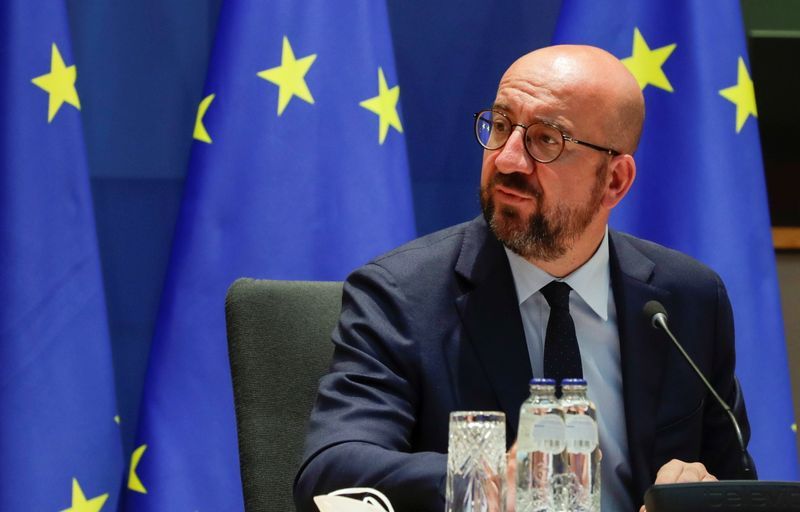 VILNIUS (Reuters) – The European Union “speaks with one voice” in condemning a decision by Belarus to allow illegal migrants to cross into Lithuania in response to EU sanctions, European Council President Charles Michel said on Monday.

The Lithuanian government declared a countrywide emergency on Friday as the flow of mainly Iraqi migrants arriving from Belarus reached around 150 per day, more than had entered annually in any of the preceding three years.

“My European Council colleagues are very clear that … the Belarus authorities are using irregular migration to try and put pressure on the European Union, including Lithuania,” Michel told a joint news conference in Vilnius with Lithuanian President Gitanas Nauseda.

“The European Union is loudly, and in one voice, condemning the pressure (exerted) by using the migrants. I want to express European Union solidarity,” he added. “It is my personal wish to assure Lithuania of the member states’ solidarity.”

Michel said he will be speaking with Iraq’s prime minister next week to discuss repatriation of Iraqi nationals.

In the four days between Friday and Monday, 560 migrants crossed the 679-kilometre (422 mile) border between Lithuania and Belarus, bringing the total to 1,232 for this year.

“It is very complicated to communicate with the regime whose legitimacy we do not recognise, and which is sending the migrants not by mistake or negligence, but on purpose — as a political tool,” Nauseda told the news conference.

Belarusian President Alexander Lukashenko said on May 26 that his country would no longer prevent migrants from crossing its western border into the EU.

That followed the imposition of sanctions by the EU after a Ryanair plane was forced to land in Minsk, where a Belarusian dissident on board was arrested.

“We used to catch migrants in droves here — now, forget it, you will be catching them yourselves,” Lukashenko said.

The government in Vilnius has ordered the construction of a tent village that can house 1,000 people and asked all its municipalities to find places to house the migrants.

Jendela: Broadband connectivity to be increased to 98%, says Annuar Musa