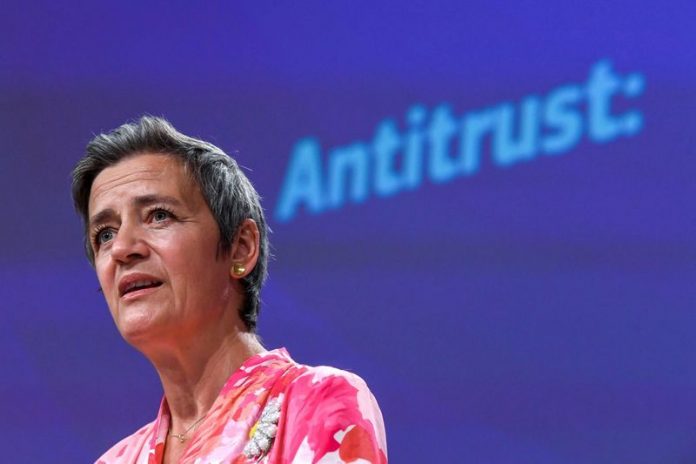 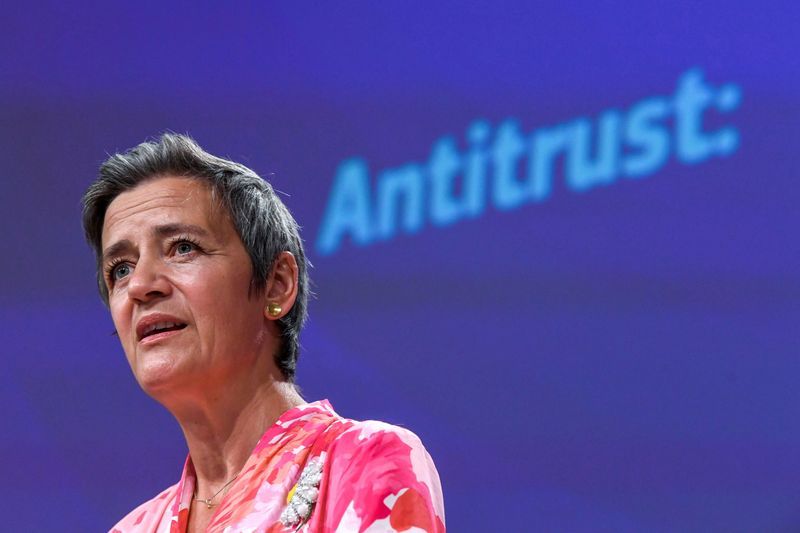 BRUSSELS (Reuters) – A digital levy to be proposed by the European Commission in the coming weeks to fund its recovery from the COVID-19 pandemic will apply to hundreds of companies, the majority of them European, its executive vice-president Margrethe Vestager said.

In a bid to fire up growth and foster a greener and more digital economy, the 27 European Union countries last year agreed to jointly borrow 750 billion euros ($887 billion) for a post-pandemic recovery fund.

The borrowing, by the European Commission on behalf of EU countries, is to be repaid over 30 years from new taxes, among them levies on the digital economy and on CO2 emissions.

Vestager welcomed the Organisation for Economic Cooperation and Development (OECD) agreement clinched on Thursday on new rules on where companies are taxed and a tax rate of at least 15% but she said the EU would proceed with its digital levy – although she did not say how much the levy would be.

“If we can get this fully endorsed and implemented and tax authorities have the resources actually to claim the taxes, well, then some of the companies which pay very little or nothing in taxes today, they will contribute in the societies where they do their business,” she told Reuters.

She said the EU digital levy had different objectives to the OECD tax deal and the scope of the levy was “so much wider, just as a matter of principle it is a levy, it is not a tax.”

“Where the OECD agreement is for the 100 biggest companies, this is for many, many more companies,” she said, adding that the levy would mostly affect European firms but others would also be affected.

“I do appreciate that for a company, no matter what you call it, it’s a cost,” she said, adding that companies should see it as a normal cost of doing business in Europe.

She declined to provide details on which companies would be affected or the size of the levy. The Commission has tentatively set July 14 for the announcement.

The cape and the cowl