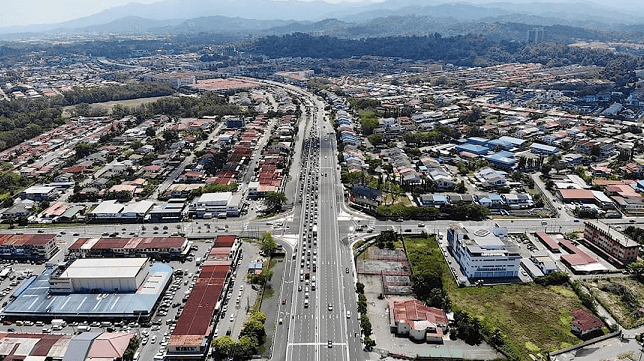 KOTA KINABALU: The scope of the police roadblocks during the third phase of the Movement Control Order (MCO) that begins today (April 15) will be tighter to further discourage vehicles from swarming the city centre.

Kota Kinabalu member of parliament (MP) Chan Foong Hin said the police roadblocks for the past 28 days during the first and second phases of the MCO were located on the outskirts of the city and did not affect the traffic to the city centre and its surrounding vicinity much.

However, he said the police enforcement would be stricter as the country entered the third phase of the MCO today (April 15).

He said that following massive congestion from Lido heading to Lintas Square yesterday. Vehicles were seen stuck in a jam that stretched from Lintas Square to the flyover at Lido.

Apart from Lintas Square, roadblocks were also set up at Sulaiman and Towering Commercial Centre in Penampang for around two hours since 8am.

Chan said the police had set up a roadblock in front of Lintas Square to ensure the public were complying with the MCO.

He warned that the scope of the roadblocks would be even tighter, or closer to the perimeter of the city, starting today to further discourage vehicles from swarming the city centre.

He said the previous roadblocks were located on the outskirts such as near Universiti Malaysia Sabah (UMS), Kolombong and Kepayan.

By setting roadblock in front of Lintas Square, he said the police were looking at inspecting vehicles from Penampang, Luyang, Kepayan and Inanam to control the traffic flow more effectively.
Chan urged the public to abide by the MCO and refrain from leaving their homes for no purpose.

“We should all do our part in stopping the spread of the novel coronavirus (Covid-19).

All of us hope that the third phase of the MCO will be the last.

“If we can just get through this stage and suppress the spread of Covid-19, I believe the MCO will be lifted after this.”

Chan said the Covid-19 trend in Malaysia showed that the number of recoveries daily had surpassed new positive cases.

“Hence, we must sit tight and obey the MCO or else the efforts we have put in previously would have gone to waste.”