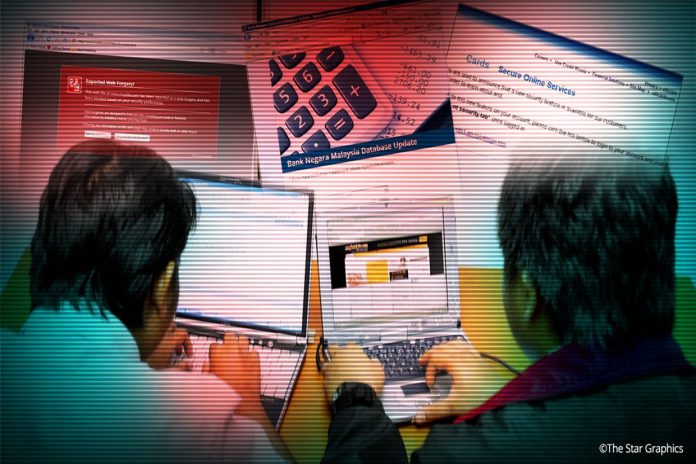 PETALING JAYA: The human factors of avarice, carelessness and naivety are among the leading causes of victims being scammed online.

In an online seminar on Friday (July 16) as part of the #TakNakScam campaign, Bukit Aman CCID deputy director (Cybercrimes and Multimedia investigation) Senior Asst Comm Victor Sanjos said being greedy and careless were the most common reasons.

“Some are (also) naive in believing things that are too good to be true.

“There are also some who are not exposed to the latest scam trends. I hope that our netizens support this campaign so that they can avoid being victims,” he said.

He added that online cheating and scams are prevalent today with crime becoming more digitalised.

“Sometimes they use Facebook ads for their scams. These people are smart.

“If they can convince victims to download their apps… they can steal all the (victims’) data,” he said, adding that consumers must ask themselves why they are viewed as easy targets.

Bank Negara Malaysia’s Penang head Hasjun Hashim said digital literacy is one of the challenges faced by enforcement agencies in the fight against scammers.

“People must be sceptical. Bank Negara has a fraud list that can be used to check. Never ever share your banking information,” she said.

She added that a more integrated system between Bank Negara, the police and the Malaysian Communications and Multimedia Commission (MCMC) is “in the pipeline” to help speed up action especially for phone scams.

The #TakNakScam campaign is a collaborative effort involving law enforcement, Bank Negara and Facebook, among others.

In a statement on the campaign on Friday, Facebook noted that: “Many Malaysians have become victims of frauds and scams since the beginning of the movement control order (MCO), financial scams being most prevalent, as scammers exploit increasing reliance on technology. According to the police, cyber crime fraud in Malaysia is on the rise at a concerning level.

You’re not qualified to debate based on ‘party hierarchy’ insisted by DAP sec-gen, Dr...