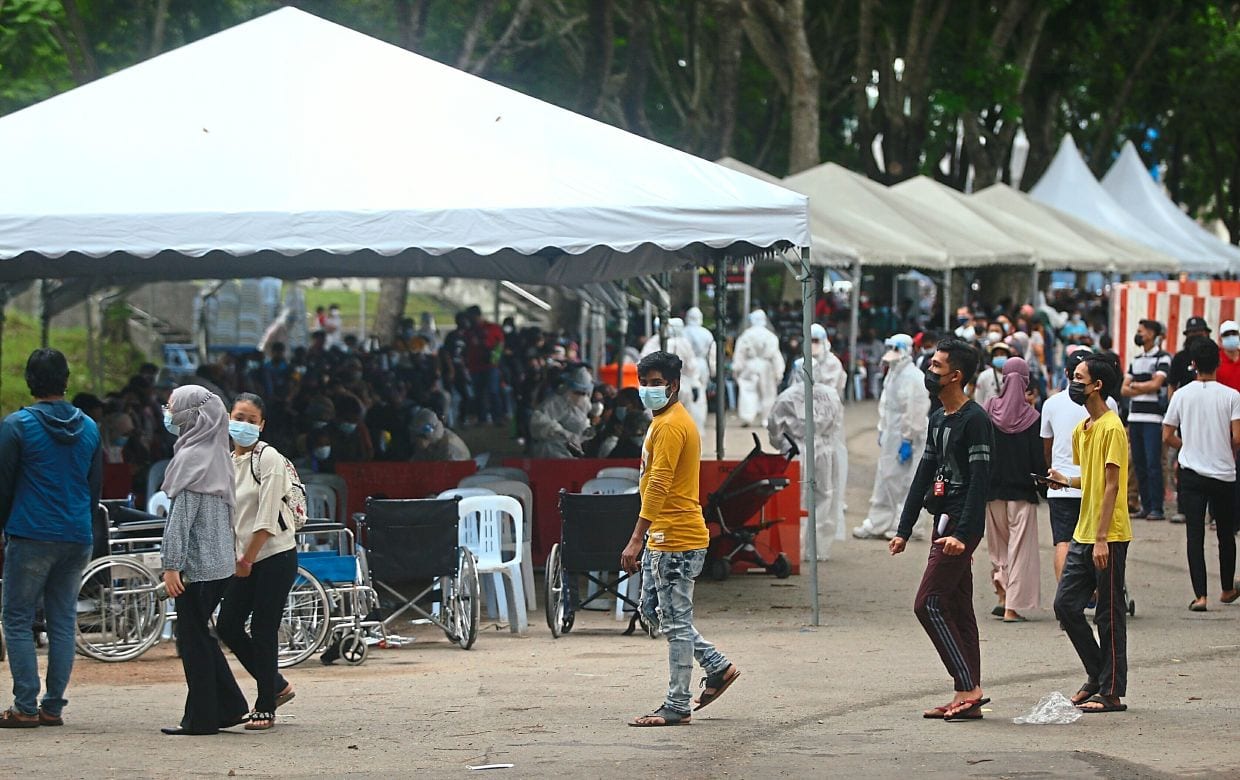 With two more weeks before the state of emergency is due to end on Aug 1, health experts said more should have been done to achieve the intended results of emergency powers.

“The current scenario does not allow for the lifting of the enhanced MCO. We have run out of places to accommodate Covid-19 cases that require admission.

“Hostels and car parks are being converted into temporary venues for hospital beds. The manpower needed is sorely lacking,” he added.

There have been reports of the country’s healthcare system being on the brink of collapse, with reports of doctors having to perform procedures on the floor of the emergency department and patients being placed on beds outside the hospital building.

Assoc Prof Azmi said while the enhanced MCO must continue, compliance to the standard operating procedure had been patchy due to “lockdown fatigue”.

“Haphazard enforcement and SOP compliance have not helped to reduce the number of cases.

“This is most probably because the disease is already endemic in the community,” he added.

He also said that while emergency powers were meant to bring the pandemic under control and for political stability, the intended objectives were not achieved.

“There were too many conflicting desires and a lack of a united voice among the leaders.

“Luckily, it did not impede the well-oiled government machinery. Critical components such as health and security can still run.

“But whether we can overcome this crisis in the next two weeks remains to be seen,” he said.

The state of emergency is set to end on Aug 1, but constitutional experts have clarified that its ordinances can still take effect for six months from its end date.

Assoc Prof Dr Mohammad Farhan Rusli from the International Islamic University of Malaysia said the enhanced MCO must serve a purpose and have clear guidelines if extended.

“A half-baked enhanced MCO only ends up destroying livelihoods,” he said.

Assoc Prof Mohammad, who is the Selangor Task Force Operations director, added that there was confusion and outrage over the fact that factories were allowed to operate, with some questioning their “essential” status.

He added that it was unlikely that there would be much improvement over the two weeks leading to the end date of the Emergency.

“The sad thing is that the Emergency has not been used to its greatest effect or served its true intended purpose.

“For instance, private hospitals should have been instructed to accept all non-Covid patients, with government facilities converted to full Covid-19 centres,” he said.

“We never required the emergency ordinances to compel us to help the government. We have been cooperative and have not declined any request for assistance.

“For example, last year (before the Emergency), the government needed ventilators. We had about 200 patients in the country then.

“They made a request and we arranged for 75 functioning ventilators from private hospitals to be given to the government,” he added.

“We don’t have medical officers or house officers so the specialist has to try to manage on his or her own, but there’s definitely a limit.

“Our capacity is already going beyond the maximum, but we are stretching ourselves as much as we can,” he added.

Other Sports: Mist for horses and cooling vests: Tokyo Games to kick off in...