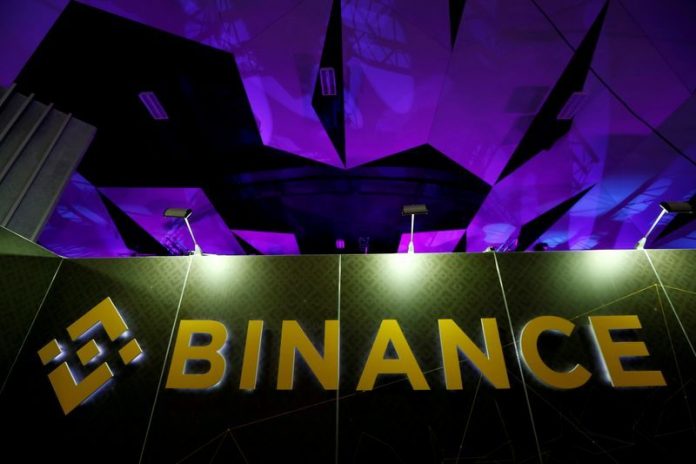 LONDON (Reuters) – Britain’s financial watchdog has barred major cryptocurrency exchange Binance from carrying out regulated activities, the latest in a string of moves against the platform by authorities across the world.

Here are answers to some key questions on Binance, one of the world’s biggest exchanges, and what the latest regulatory moves mean.

HOW BIG IS BINANCE?

Trading volumes in June were $662 billion, up almost ten-fold from July 2020, according to data from CryptoCompare. On a single day in May, daily volumes hit $92 billion, U.S. researcher Coin Metrics said.

Headed by Canadian Changpeng Zhao, Binance offers a wide range of services to users across the globe, from crypto spot and derivatives trading to tokenised versions of stocks.

It also runs an exchange that allows users to trade directly with each other. Its own cryptocurrency, Binance Coin, is the fourth-biggest in the world.

Binance’s corporate structure is opaque, with its holding company widely reported to be registered in the Cayman Islands. A Binance spokesperson declined to comment on its location, saying it was “decentralised” and that it “works with a number of regulated entities around the world”.

Binance has built up a huge following across the world, with channels on the Telegram social media app for users in more than 30 countries.

AND IT’S COMING UNDER SCRUTINY FROM REGULATORS?

Yes – in Britain and elsewhere.

Crypto trading is generally unregulated in Britain, though some activities such as offering crypto derivatives do require permission.

Regulators including the FCA are increasingly worried over the standard of anti-money laundering checks at crypto exchanges and the risks crypto trading poses to consumers.

Japan’s regulator said last week Binance was operating in the country illegally, while Germany’s watchdog said in April it risked being fined for offering tokens connected to stocks. In May, Bloomberg reported Binance is under investigation by the U.S. Justice Department and Internal Revenue Service.

“It’s very difficult,” said Simon Treacy, senior lawyer at Linklaters. “(The FCA) don’t have jurisdiction over the whole of Binance’s operations, so they use the point where they do have jurisdiction and put pressure on the business there.”

The Binance spokesperson said it takes its compliance obligations very seriously and is committed to following all regulatory requirements wherever it operates.

HOW WILL THE UK MOVE IMPACT BINANCE?

Its influence may be limited.

Beyond a loud warning to investors, the FCA has done all it can under its limited powers over an offshore exchange, experts say.

“At the moment the method is to emphasise risks to investors in the UK of these services rather than to regulate them outright,” said Barney Reynolds, a lawyer at Shearman & Sterling.

UK investors can still access Binance via its main website, which the FCA does not have powers over.

Still, the FCA’s demand that Binance seeks its permission to offer regulated services means it would be an offence to suggest to investors it was regulated in the UK.

Binance will also have to rethink plans announced last year to offer crypto trading services using pounds and euros on a platform regulated by the UK.

Google said this week it would only allow FCA-authorised entities to run ads for UK-based financial products on its website, after repeated FCA calls to crack down on online fraud.

Austria Closes Schools and Most Stores to Curb COVID-19 Spread