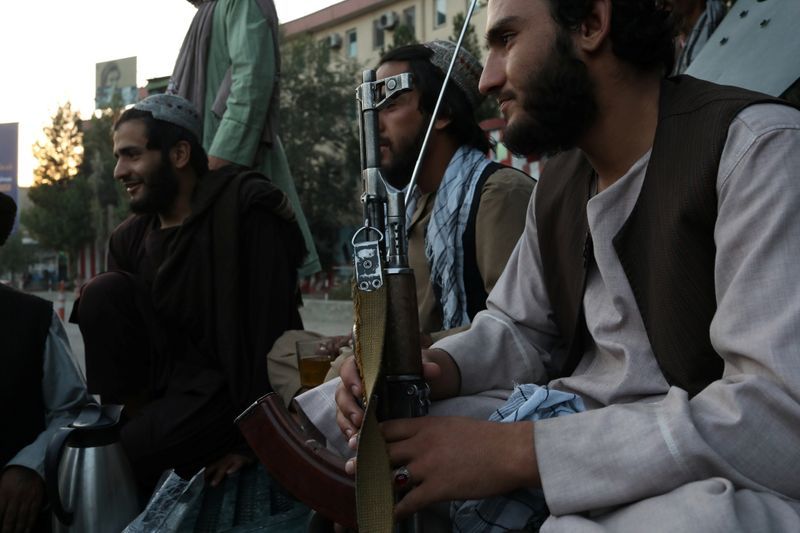 WASHINGTON (Reuters) – The United States and its allies may have left Afghanistan in the hands of the Taliban but they still have “leverage” to make the Islamist militants honor commitments to allow people out of the country, according to U.S. President Joe Biden.

This was echoed by U.S. officials and other Western leaders, who believe the Taliban can be pressured into abandoning their past violence and support for terrorism with carrot and stick measures given Afghanistan’s outsized dependence on imported energy, food and foreign aid – and its shaky economy https://www.reuters.com/article/worldNews/idUSKBN2FX39Q.

Here are some of the most important levers the West has to press the Taliban into honoring women’s rights and cooperating with other countries:

The United States has an outsized role to play in deciding what happens to Afghanistan’s $9 billion in gold and foreign currency reserves. Of that, $7 billion is held in the United States, with $1.3 billion in other international accounts and some $700,000 by the Bank for International Settlements, the Afghan central bank governor tweeted https://twitter.com/aahmady/status/1427883009164955649 after fleeing the country.

Washington is under pressure from some humanitarian groups, Afghan central bank officials https://www.reuters.com/article/afghanistan-conflict-banking/afghanistan-central-bank-board-member-urges-biden-imf-to-release-funds-idUSL4N2Q31YG and foreign governments, including Russia, to ease the freeze in assets and allow some dollar shipments, a move that would likely come with stiff conditions.

The Taliban is likely to turn to narcotics or weapons trafficking instead, a Russian official said on Monday.

Afghanistan relies on imports for the lion’s share of the food and fuel consumed and clothing. It imported https://wits.worldbank.org/countrysnapshot/en/AFG $8.6 billion in goods in 2019, topped by peat, wheat and petroleum, according to World Bank data. Some 70% of electrical power is imported at an annual cost of $270 million.

The Taliban cannot pay for such imports without access to dollars and Afghanistan’s foreign currency reserves; it had enough reserves to pay for an estimated https://www.ft.com/content/6395d167-3175-4332-8329-ae1478c616ca?shareType=nongift two days of imports when overseas assets were frozen. The U.S. and allies could condition access to dollar transactions or reserves on Taliban behavior.

The U.S. plays a major role here too, given its influence at both the World Bank, which oversees the Afghan Reconstruction Trust Fund, and the IMF, and because of the billions it has given the Afghan government and NGOs on the ground.

The World Bank cut off funds to Afghanistan after the Taliban takeover. The future of the Fund is unclear.

Last week, the U.S. Treasury issued https://www.reuters.com/world/asia-pacific/exclusive-us-treasury-issued-new-license-ease-flow-aid-afghanistan-2021-09-01 a limited new license for the government and partners to give humanitarian aid in Afghanistan, a step that could encourage other governments to do the same.

Before Aug. 15, grants to Afghanistan totaled around $8.5 billion a year, or about 43% of its gross domestic product. They funded 75% of public expenditure, 50% of the budget and about 90% of government security spending.

Any resumption of Afghanistan’s access to these resources is likely to be made conditional on Taliban behavior.

The Taliban as a whole, and individual Taliban leaders, are already subject to U.S. and United Nations sanctions that effectively ban their access to dollar transactions and the U.S. financial system.

Western financial institutions are avoiding doing business with the Taliban, so they don’t run afoul of U.S. law. Unwinding these sanctions would require a lengthy and complex process by the U.S. Treasury, administration officials say, but the department could grant licenses for more transactions based on Taliban behavior.

Pressure is building on Afghanistan’s private banking sector given the freeze in dollar shipments. All of the 12 banks operating in Afghanistan require overseas banks to process dollar transactions, and three are state-owned, making them directly controlled by the Taliban.

Citibank and others have halted such support to avoid any possible sanction violations.

The Afghan-American Chamber of Commerce, which includes Afghan commercial banks and corporate investors, is urging U.S. officials to allow a limited infusion of cash to regenerate public confidence and avoid possible panic and violence.

Afghanistan also relies heavily on remittances, with such payments from migrant workers overseas accounting for about 4% of the country’s gross domestic product.

Western Union https://www.reuters.com/business/western-union-suspends-services-afghanistan-2021-08-19, the world’s largest money transfer firm, and Moneygram have both suspended such services, shutting off the flow of funds that many families rely on to pay for food. Reopening these services would require an easing of U.S. financial sanctions.