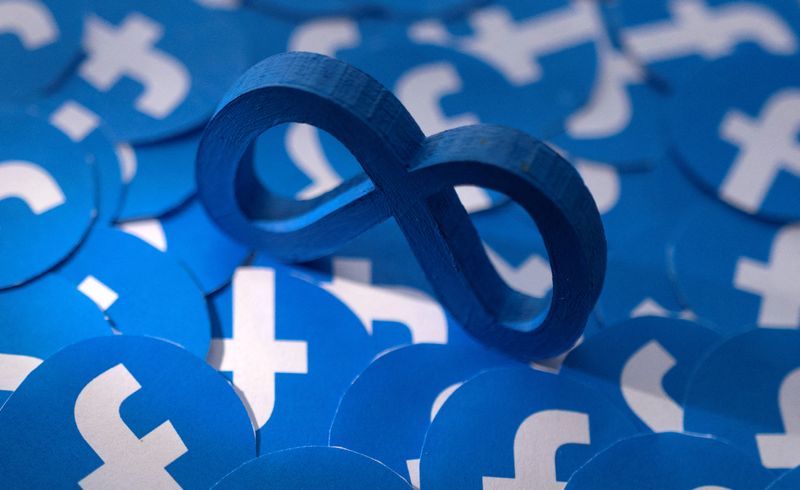 (Reuters) – Facebook-owner Meta Platforms Inc is expected to report its slowest quarterly ad revenue growth in a decade on Thursday, as businesses pull back on ad spending against the backdrop of soaring inflation worldwide and the war in Ukraine.

Global advertising and marketing budgets will be strained further if the Ukraine crisis drags on in the coming months, with some analysts predicting that Meta will also issue a tepid forecast for the current quarter.

Meta’s ad revenue is expected to have grown 8.7% in the first quarter, according to Refinitiv data, the slowest since 2012, when the company went public.

Wall Street analysts also said Facebook could be losing its grip on the global ad market even as digital advertising surpasses traditional methods.

“The predictions by Meta for a slowdown could be read as a reduction in the Facebook’s brand potency as well,” Hargreaves Lansdown analyst Sophie Lund-Yates said.

Meta has lost nearly half its market value since Feb. 2, when it reported a decline in Facebook’s daily active users for the first time and forecast a gloomy quarter.

Google-parent Alphabet provided a cue on Tuesday, when it cited the war in Ukraine for slowing YouTube ad sales. Smaller rival Snap Inc warned that inflation, labor shortages and other economic challenges could pressure ad revenue.

The timing could not have been worse for tech firms reliant on ad revenues as they are also grappling with policy changes in Apple’s App Store and growing competition for ad dollars from companies like TikTok.

“The cost to acquire customers on digital channels like Facebook has increased while the ability to target customers has decreased,” said Mitchell Olsen, assistant professor of marketing at the University of Notre Dame.

As a result, many brand managers are reducing their exposure to Facebook and reallocating their ad dollars across various platforms, Olsen added.

(Reporting by Yuvraj Malik and Eva Mathews in Bengaluru; Editing by Sweta Singh and Saumyadeb Chakrabarty)

Dogs can mourn too, and are deeply affected by the deaths of canine companions