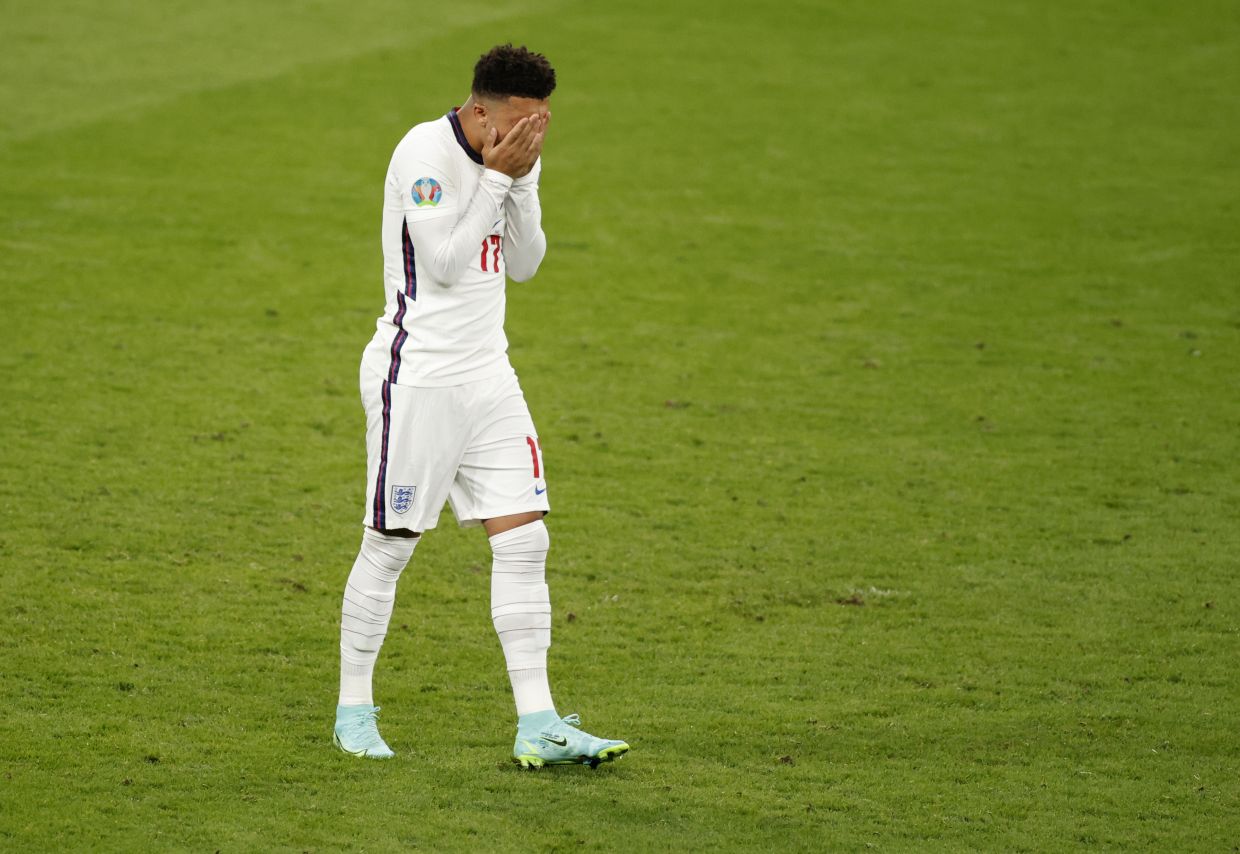 WASHINGTON: Facebook and Twitter said Monday they were scrambling to take down racially abusive comments directed at members of the England football team following a heartbreaking loss in Sunday’s Euro 2020 final.

The US social media giants said they were taking down racist and hateful content which had prompted condemnation from British political leaders.

The actions came after a stream of abusive messages on Twitter and Facebook-owned Instagram directed at Marcus Rashford, Jadon Sancho and Bukayo Saka, the three players who missed England’s penalties on Sunday.

“The abhorrent racist abuse directed at England players last night has absolutely no place on Twitter,” said a spokesperson for the San Francisco-based short messaging service.

“In the past 24 hours, through a combination of machine learning based automation and human review, we have swiftly removed over 1,000 Tweets and permanently suspended a number of accounts for violating our rules – the vast majority of which we detected ourselves proactively using technology.”

Facebook said earlier in a statement it had “quickly removed comments and accounts directing abuse at England’s footballers last night and we’ll continue to take action against those that break our rules”.

“No one thing will fix this challenge overnight, but we’re committed to keeping our community safe from abuse,” it said.

“Social media companies need to up their game in addressing it and, if they fail to, our new Online Safety Bill will hold them to account with fines of up to 10% of global revenue,” he wrote. – AFP