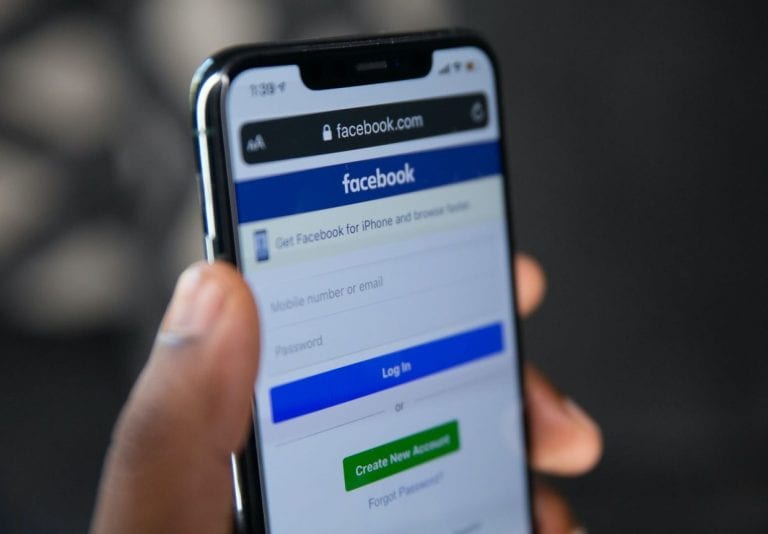 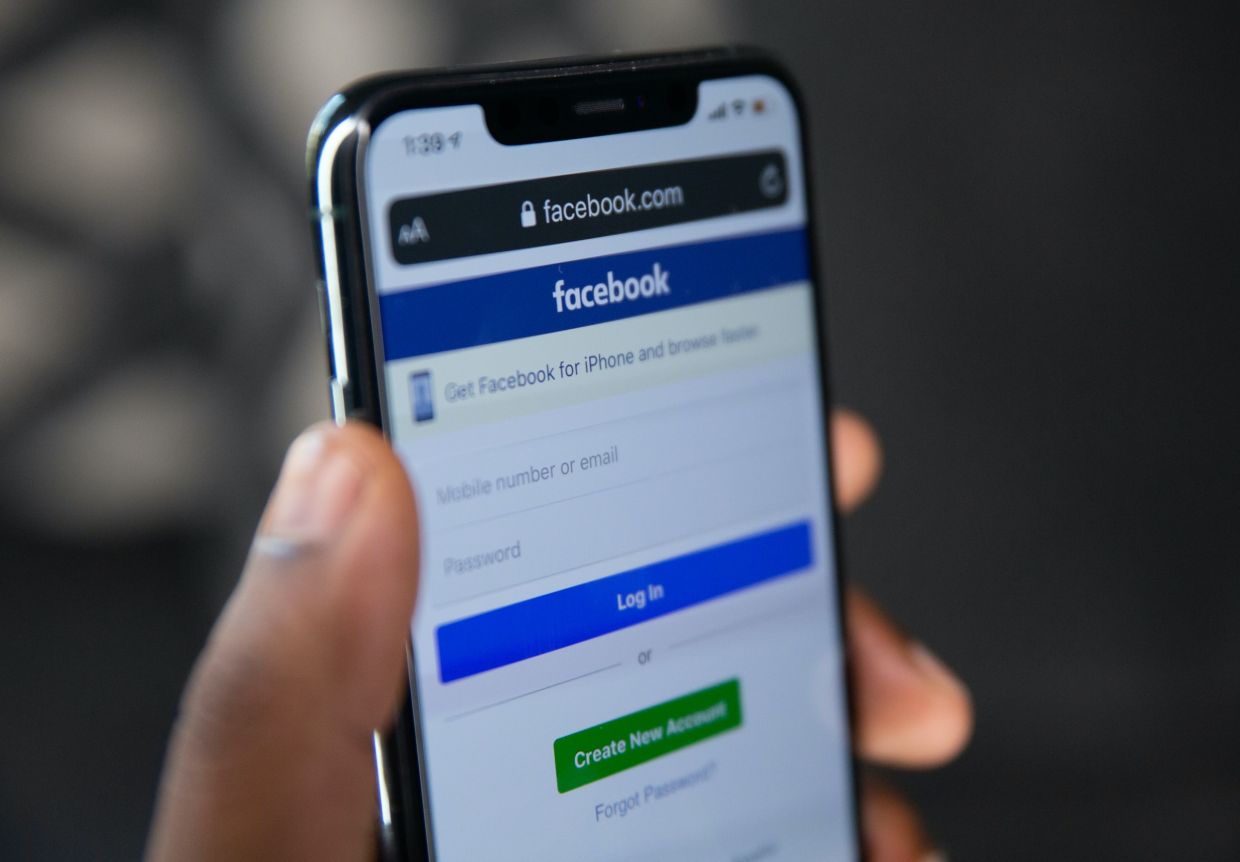 When users get asked on iPhone devices if they’d like to be tracked, the vast majority say no. That’s worrying Facebook Inc’s advertisers, who are losing access to some of their most valuable targeting data and have already seen a decrease in effectiveness of their ads.

The new prompt from Apple Inc, which arrived in an iOS software update to iPhones in early June, explicitly asks users of each app whether they are willing to be tracked across their Internet activity. Most are saying no, according to Branch, which analyses mobile app growth. People are giving apps permission to track their behaviour just 25% of the time, Branch found, severing a data pipeline that has powered the targeted advertising industry for years.

“It’s been pretty devastating for I would say the majority of advertisers,” said Eric Seufert, a mobile analyst who writes the Mobile Dev Memo trade blog. “The big question is: Are we seeing just short-term volatility where we can expect a move back to the mean, or is this a new normal?”

Facebook advertisers, in particular, have noticed an impact in the last month. Media buyers who run Facebook ad campaigns on behalf of clients said Facebook is no longer able to reliably see how many sales its clients are making, so it’s harder to figure out which Facebook ads are working. Losing this data also impacts Facebook’s ability to show a business’s products to potential new customers. It also makes it more difficult to “re-target” people with ads that show users items they have looked at online, but may not have purchased.

A Facebook spokesman declined to share what percentage of its users have accepted the company’s tracking prompt, but roughly 75% of the world’s iPhone users have downloaded the newest operating system, according to Branch. Seufert estimated that in the first full quarter users see the prompt, the iOS changes could cut Facebook’s revenue by 7% if roughly 20% of users agree to be tracked. If just 10% of users grant Facebook tracking permission, revenue could be down as much as 13.6%, according to his models. The first full quarter with the prompt is the third quarter. Facebook reports second quarter earnings at the end of July.

Most retail websites include Facebook software that sends detailed customer data back to the social network, including when a Facebook user makes a purchase. Facebook can then use that data to better understand what a retailer’s target customer looks like, and show that retailer’s ads to other people on Facebook who match that profile, known as a “lookalike” audience.

But as people have asked Facebook and other apps not to track their behaviour, the social networking company has started to lose access to this data. Gil David, a media buyer at Run DMG who spends about US$1mil (RM4.19mil) on Facebook ads per month for clients, said the company used to know about the vast majority of his client’s sales. Now that data is inconsistent. With one larger client, Facebook captured just 64% of sales. With a smaller client, just 42%.

Zach Stuck, another media buyer who runs Homestead Studio and spends millions on Facebook ads per month, has seen the same changes. Facebook used to capture around 95% of the sales data from his clients. In one case now, there is a 57% gap between sales he can see on Shopify and what Facebook is reporting, he said.

Since Facebook has a smaller sample of data, an advertiser may be paying to reach someone who doesn’t quite fit their target audience, making the ads less effective for the amount of money advertisers spend.

“What Facebook was great at is they were able to see who bought and find that user’s buyer behaviour – what other websites are they visiting, what other things are they doing,” Stuck said. When it can’t see this data, Facebook can’t accurately find “other people that might be able to buy a product similar to that”.

Missing this sales data also makes it harder for Facebook to properly measure the impact of its ads because media buyers don’t know how many sales are being driven by their marketing campaigns. Facebook used to tell advertisers how many sales it made within certain demographic cohorts – women in Texas, or 18- to 25-year-old men, for example. The company has stopped sharing that level of detail, advertisers say.

“There’s no source of truth at all anymore,” said Dave Herrmann, who runs his own agency called Herrmann Digital and manages more than US$2.5 million in monthly Facebook advertising spend. “Every platform gives you different numbers.”

A Facebook spokesman said ad performance for “lookalike” targeting will experience some fluctuations with the iOS changes, but should not be noticeably impacted in the long term.

Another key part of Facebook advertising is “re-targeting”, or showing someone an ad for a product they may have looked at online or put into a digital shopping cart, but never purchased. When users ask Facebook to stop tracking their behaviour, this form of re-targeting isn’t possible.

Losing the ability to re-target products to customers after they viewed them online but didn’t buy hurts businesses trying to sell more expensive products, advertisers say, because it’s rarer for someone to make an impulse purchase on something pricey. Customers are more likely to make a big purchase when that expensive item shows up in their Facebook news feed for weeks after they originally looked at it.

Apple has made privacy a foundation of the company’s latest marketing effort around the iPhone, pushing back against the digital advertising industry that has collected immense amounts of user data for years in ways that few people understood. The tagline for the company’s new iPhone television commercial is, “Choose who tracks your information… and who doesn’t.” The privacy changes apply to all app developers on the iPhone, not just Facebook.

But the social network has been protesting the loudest, arguing for months that Apple’s new privacy features would hurt small businesses that rely on targeted advertising – and make up the bulk of the company’s sales. Facebook said these businesses rely on precise targeting to find customers and may not have the advertising budget for a broader marketing campaign.

“Those bootstrapped advertisers or those advertisers that are trying to start from scratch to enter the market are going to have a much tougher time than a venture-backed company or somebody that’s more established,” said Maurice Rahmey, co-founder of a performance marketing firm called Disruptive Digital.

A Facebook spokesman said the company is doing a number of things to try and make up for the changes, including working on new advertising features that require less data to measure an ad’s success. The company is also looking into technology that would let Facebook deliver personalised ads based on targeting data stored on the user’s device, meaning Facebook wouldn’t need to access it.

“Apple’s policy is hurting the ability of businesses to use their advertising budgets efficiently and effectively, and the limitations being created are driven by Apple’s restrictions for their own benefit,” the spokesman added, noting that Facebook has tried to prep advertisers with notices, blogs and webinars. “We believe that personalised ads and user privacy can coexist.”

While the majority of the world’s smartphone users own devices running Google’s Android operating system, Apple’s iPhones are popular in some of the world’s most valuable advertising markets, including the US. Facebook even created its own pop-up to appear before Apple’s required one, hoping that it might encourage more people to grant it permission to track their behaviour. During a live audio interview on the app Clubhouse in March, chief executive officer Mark Zuckerberg said Facebook “may even be in a stronger position” following the iOS changes if it means more businesses start to make sales directly within Facebook’s apps instead of sending users to a web address.

Despite the challenges, advertisers don’t appear ready to abandon Facebook just yet. But media buyers said their smaller clients are already starting to struggle. Some don’t make enough sales to effectively leverage Facebook’s “lookalike” targeting features. Herrmann said he’s slowed some of his Facebook spending until the impact of the tracking changes are clearer. He’s also started moving some of his smaller clients to different kinds of advertising, like paying influencers to market their products.

“I don’t think anyone truly understands how many businesses in the world are 100% dependent on Facebook,” Herrmann said. “When you suddenly strip that away and [Facebook ads are] 40% less effective, and will continue to become less effective over time, that creates a kind of a panic.”

“Smaller businesses are a casualty,” he added. “I’m not really sure Apple fully thought that through, or they were aware of that and just thought, ‘We don’t care. This is what we’re doing’.” – Bloomberg