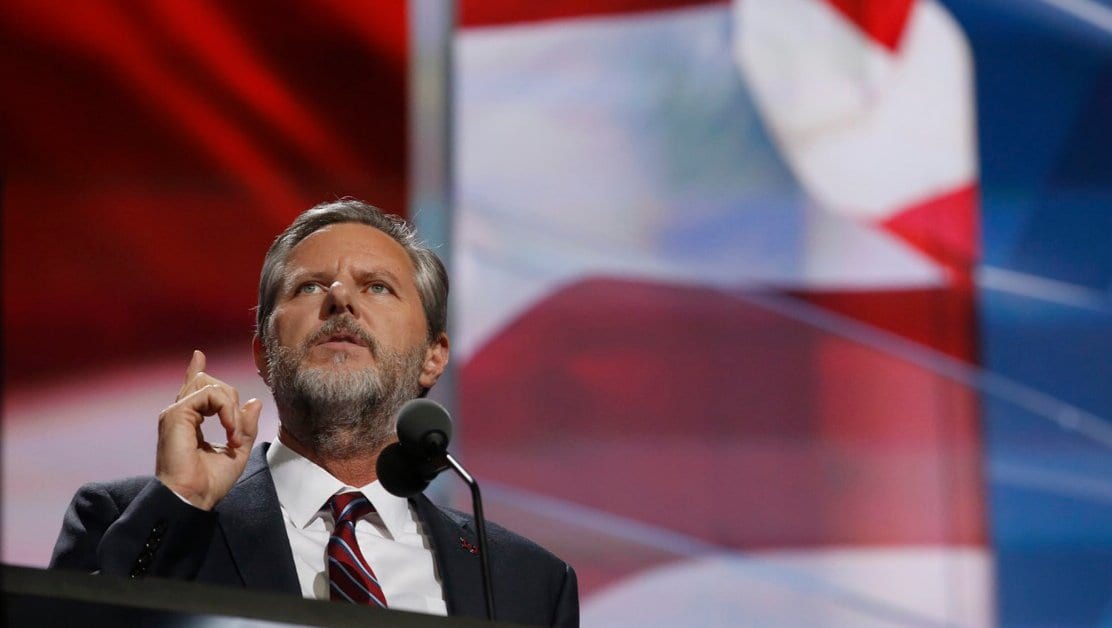 (RICHMOND, Va.) — Jerry Falwell Jr., currently on a leave of absence as the leader of evangelical Liberty University, has released a statement saying that he is seeking help for the “emotional toll” from an affair his wife had with a man who he says later threatened his family.

Falwell issued a lengthy statement to The Washington Examiner on Sunday, publicly disclosing the affair and saying the man involved had been threatening to reveal the relationship “to deliberately embarrass my wife, family, and Liberty University unless we agreed to pay him substantial monies.”

“Over the course of the last few months this person’s behavior has reached a level that we have decided the only way to stop this predatory behavior is to go public,” the statement said.

Falwell, an early and ardent supporter of President Donald Trump, has been on an indefinite leave since early August as president and chancellor of the Lynchburg university founded by his late father, the Rev. Jerry Falwell Sr. He stepped down after an uproar sparked by a photo he posted on social media that showed him with his pants unzipped, stomach exposed and arm high around the waist of a woman who was not his wife. Falwell has said the photo was taken at a costume party during a family vacation.

In his statement, Falwell said he and his wife met the man she had an affair with during a vacation over eight years ago. The man was working at the hotel where the Falwells stayed, the statement said.

“Shortly thereafter, Becki had an inappropriate personal relationship with this person, something in which I was not involved—it was nonetheless very upsetting to learn about,” Falwell said in the statement. He declined further comment when reached Monday.

The statement did not identify the person, but The Examiner identified him as Giancarlo Granda, whose ties to the Falwells have been documented in news stories over several years by numerous media outlets.

Granda, who could not immediately be reached by The Associated Press, told The Examiner “any allegation of extortion is falsely, defamatory and belied by clear documentary evidence.”

Granda’s connection to the Falwells dates to 2012, and the following year he took on partial ownership of a hostel in Miami’s party-friendly South Beach neighborhood that was purchased by members of the Falwell family, according to multiple media reports. That business transaction, itself a surprising move for the president of a conservative evangelical university, sparked legal jostling over ownership that later involved Michael Cohen, President Donald Trump’s former lawyer and fixer.

Cohen divulged in recordings first reported by Reuters last year that he helped the Falwells handle an issue surrounding personal photographs of Becki Falwell that the family wished to regain possession of.

Nonetheless, what has become known as the “pool boy” story surrounding Falwell—Granda worked as a pool attendant in Miami—is just one of the multiple factors Liberty’s board must examine as it prepares to decide on his future at the school.

Liberty’s general counsel, David Corry, who acts as a spokesman for Liberty’s board, said the group had no comment beyond a statement issued Friday. In that statement, the board said that the decision on whether or not to retain Falwell had not yet been made.

Falwell said he was seeking mental health counseling amid the “trauma” of the situation and that he remains “fully devoted” to his wife.

The statement said that “while her indiscretion may have been more obvious and apparent, I realized that there were important smaller things I needed to do better too.”