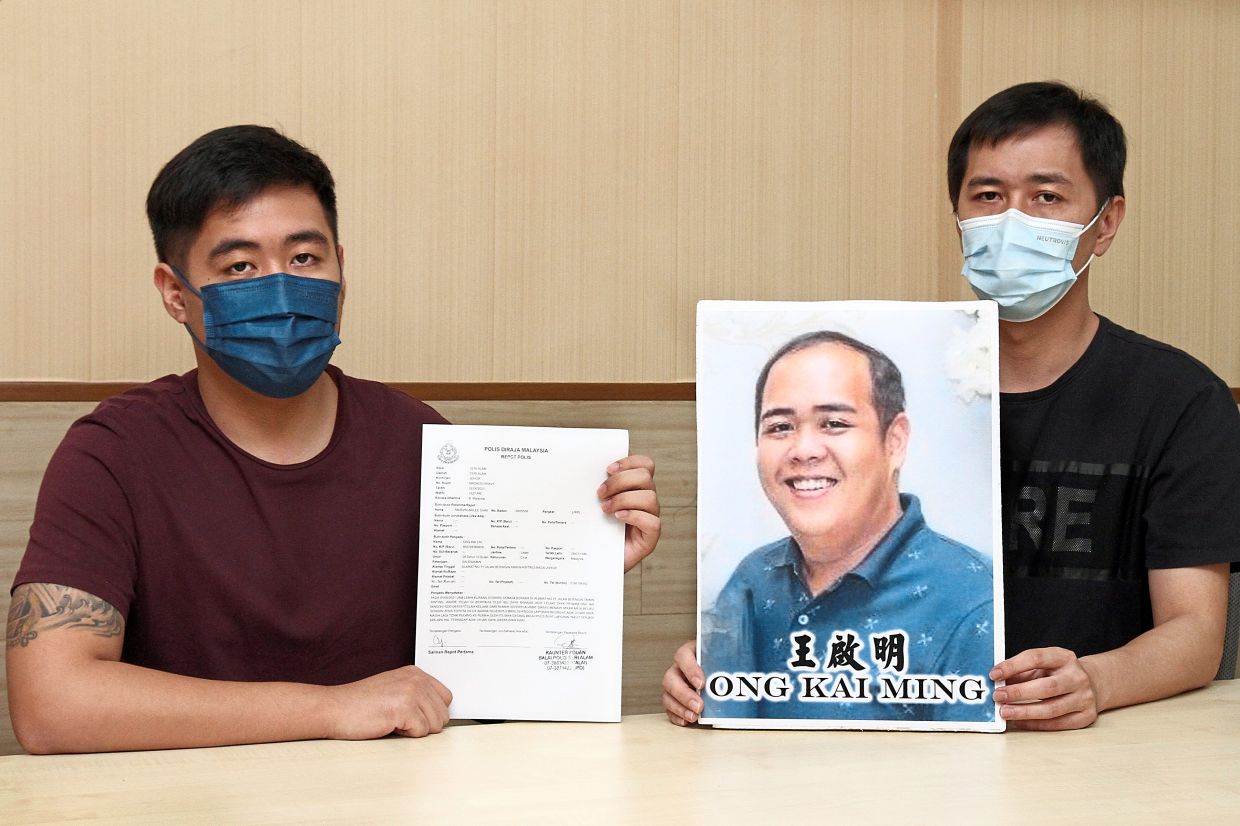 JOHOR BARU: A 30-year-old man has been missing since Tuesday after handing over wages to construction workers in his charge.

Ong Kai Ming’s family is appealing to the public to help them locate him.

Ong, a site supervisor, was last seen at a construction area in Taman JB Perdana at around 2pm on Tuesday when he dropped by to give wages to the workers at there.

His brother, sales executive Ong Kai Lin, 34, said their 56-year-old mother tried to call Kai Ming several times on the day he went missing but could not reach him.

“He left the house at around 7am that day. He told our mother and his three children that he would be back by 3pm, but he never returned.

“His colleagues said that he was at his office at around 9am on Tuesday to claim wages for the workers and was later seen at one of his company’s project sites at around 1pm.

“Workers said he left the area after giving them their pay at around 2pm and that was the last anyone we know had seen him, ” Kai Lin said at a press conference organised by Pasir Gudang MCA Public Complaints Bureau chief Lim Thow Siang yesterday.

“My mother has not been able to sleep or eat properly as she is worried sick about my brother.

“His children, who are three to seven years old, have been asking about him every day.

“Every time they hear the sound of a car approaching the house, they will wait at the front door, hoping that it is their father’s car.”

Kai Lin added that his brother had just been divorced and had been living separately from his ex-wife since last year.

He said the family was also puzzled as Kai Ming had transferred his last pay cheque of RM4,000 into his mother’s account a day after he went missing.

Seri Alam OCPD Supt Mohd Sohaimi Ishak confirmed that they received the report on Wednesday and that the case was being investigated as a missing person.

Police arrest 14 over fight near PPR in Jinjang