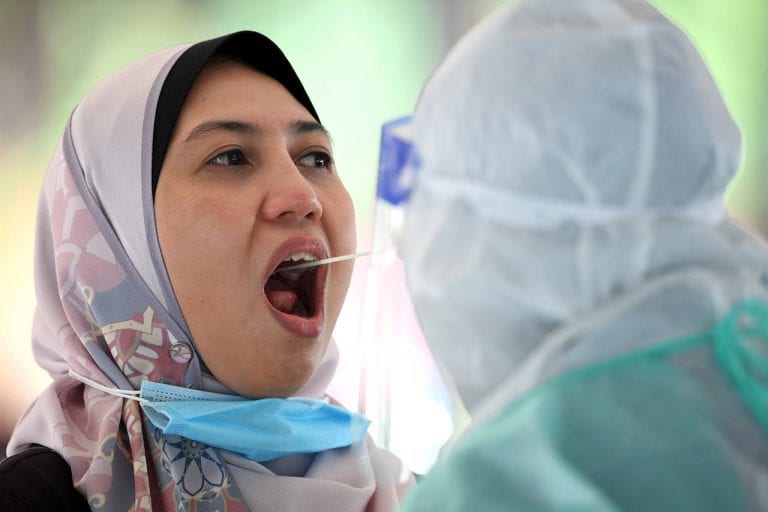 Zulkifli, who is a former mufti of the Federal Territories, said the insertion of special equipment into the nostrils and the back of the throat at a certain depth does not bring about the impression of eating (feeling full) and drinking (quenching thirst) that can cause a Muslim’s fast to be invalidated.

He said that from the Islamic point of view, such tests are allowed for health reasons.

“The Covid-19 swab test was deliberated upon at the National Fatwa Council meeting last week and it was unanimously agreed that the swab test method used by the Ministry of Health (MOH) officials does not invalidate one’s fast.

“Although it enters (the nasal cavity and mouth), it was argued that it does not go all the way to the stomach which could break one’s fast according to Islamic law. It covers slightly more than a handspan,” he told Bernama here yesterday.

Meanwhile, for Covid-19 patients under investigation (PUI) who are isolated at quarantine centres or homes, the obligation to observe fasting depends on their health condition and instruction from MOH, Zulkifli said.

“In this regard, we need to consider the exact instruction for the PUI from the MOH. Are the prescribed liquid to drink, medication or injections scheduled and unavoidable? Does he need to be administered with IV fluid and so on?

“All these depend on the decision made by MOH. For this reason, if the procedure requires (the patient) to take oral medication and so on, then he is allowed to break the fast,” he said, adding that the patient needs to compensate for the fast after he has recovered.

Meanwhile, Zulkifli supported the suggestion to extend the Dapur It’am kitchen programme to other states but said it needs the approval of the National Security Council (NSC) and MOH.

“If this (kitchen programme) can be a model, I think it will be a noble idea but it must adhere to the guidelines set,” he said, adding that it will be the ‘new normal’ to replace iftar (breaking of fast) gathering.

Media reports said the Dapur It’am, a concept of cooking in mosques before distributing the food to specific groups, will be practised in certain mosques in the Federal Territories to replace iftar gatherings, as part of efforts to curb the spread of Covid-19 and to abide by the Movement Control Order (MCO).

The food will be cooked in 72 identified mosques and surau and it will benefit nearly three million people during this Ramadan.

Mosques are closed during the MCO but six people who are involved in the kitchen programme will be doing the cooking at each location, while practising social distancing and using face masks, gloves and hand sanitisers. —Bernama