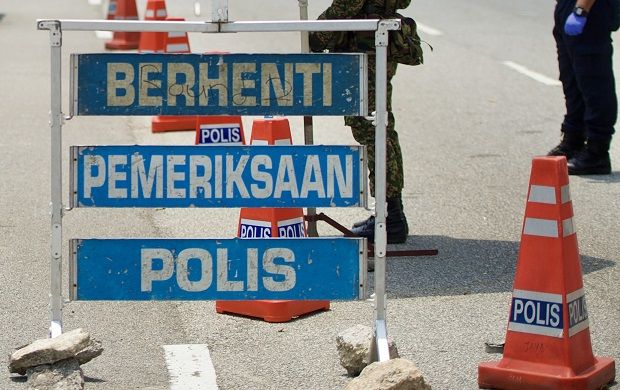 SEPANG: Fearing a scolding from his brother more than police action, a 21-year-old with an expired driving licence fled a roadblock along the Damansara-Puchong Expressway (LDP).

He said a police report was lodged by an Inspector at the roadblock at around 11.30am on Sunday (June 13).

“The Inspector said he was on duty there with six others when the black SUV was ordered to stop. When the officers approached the vehicle to conduct a check, it sped off,” said ACP Wan Kamarul.

He added that they did not have time to note the vehicle’s make or plate number.

He said the 31-year-old owner of the vehicle came to the Sepang Traffic Police station at around 6.30pm on Sunday to assist the investigation.

“According to him, his younger brother was driving the vehicle during the incident.

“Further investigations revealed that the 21-year-old man sped off because he was afraid his brother would scold him for driving with an expired licence,” he said.

ACP Wan Kamarul said that the suspect surrendered at the same police station at around 8pm on Sunday and tested negative for drugs.

“We have also issued a Pol.257 summons to the suspect for driving on an expired licence. The investigation papers will be referred to the Deputy Public Prosecutor for further instructions,” he said.