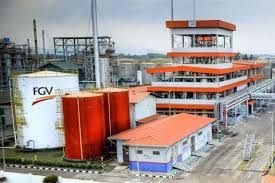 The share sales agreement is in continuation to the binding term sheet previously signed between MSM and FGVIF on April 30, 2021.

“The disposal is following the discontinuation of non-strategic operations in MSM Perlis as part of MSM’s rationalisation strategies to streamline profitability and develop operational capability.

“MSM will be conducting an extraordinary general meeting (EGM) to obtain approval from its shareholders which is scheduled by the third quarter of 2021. The transaction is targeted to complete before the end of the year,” FGV and MSM said in a joint statement today.

MSM group chief executive officer Syed Feizal Syed Mohammad said an extraordinary income would be realised as part of the proposed disposal with an estimated gain of RM91.6 million.

“Aside from the disposal, the accelerated planned rectification works at MSM Johor will also support MSM’s target to reach a minimum UF rate of 50 percent by the third quarter of the year,” Syed Feizal said.

Meanwhile, FGV has earmarked the 11 parcels of agricultural and industrial land owned by MSM Perlis for the development of the FGV Chuping Agro Valley (FCAV) by FGVIF, a new sector under the group.

The development would consist of high-value integrated cash crop plantation activities such as MD2 pineapples and harumanis mangoes, as well as dairy farming, it said.

FGV Group’s officer-in-charge and group divisional director of logistics and support businesses sector, Azman Ahmad, said the group was looking forward to the development and expansion of the FCAV project in order to realise FGVIF’s strategic initiatives.

“This is in line with the government’s proposition to bolster the domestic economic sector and provide employment opportunities in efforts to reduce the impact of the pandemic,” he said.

To date, the group has hired more than 50 employees and field workers for the project, and in addition, a total area of 60 hectares have been allocated for the agropreneurs programme under the contract farming scheme for the MD2 pineapple project.

“The first batch of agropreneurs recruitment is expected to be in July 2021.

“FGVIF has already commenced the ground work of 1,200 hectares of MD2 pineapple plantation where we target to complete the development by the year 2025,” added Azman.

Since the cessation of sugar cane plantation, MSM Perlis continued to manage the agricultural land with rubber, oil palm and mango plantations, but due to unsustainable performance associated with high operating costs of maintaining plantation activities, it ceased the plantation sector on June 30, 2019.

The unfavourable location of MSM Perlis (distance from ports), its small capacity and high-cost facility had caused the operations to be uneconomical, the statement said. – Bernama

Amendment debate likely to be intense