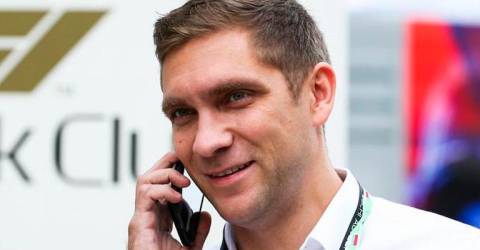 PORTUGAL: Formula One’s ruling body the FIA on Saturday defended its controversial appointment of Vitaly Petrov (pix) as a race steward, saying it did not exercise any discrimination in the selection process.

Russian Petrov, a former F1 driver, was appointed as a race steward at this weekend’s Portuguese Grand Prix despite his expression of controversial views on racism and gay rights, as published by a Russian magazine last month.

His appointment was questioned on Thursday by several drivers, led by Lewis Hamilton, and condemned by Racing Pride, a British motorsport equal rights initiative.

Petrov had provoked controversy when he made comments about six-time champion Hamilton’s human rights activism, his wearing of a t-shirt demanding action against the police involved in the killing of Breonna Taylor and his leadership in the drivers’ actions, including taking a knee, in support of the sport’s anti-racism campaign this year.

Petrov also compared Hamilton’s actions to those of a driver coming out as gay and then pressing others to follow him under a gay flag. He criticised Hamilton’s support of Black Lives Matter.

In response to being pressed to comment, Hamilton asked if the appointment was appropriate and did not contravene the FIA’s position on diversity and equality.

In a statement, the FIA said: “The FIA appoints driver stewards with the relevant Formula 1 experience and expertise to carry out this function at the highest level, and who have expressed an interest to the FIA in being a driver steward.

“The Federation does not discriminate in this process based upon views expressed outside of their function as an FIA Steward, provided that any such expression does not contravene the FIA’s regulations and Code of Ethics.”

This statement led to increased focus on the regulations and the code, which must be adhered to by all officials and members.

It makes clear that there should be “no discrimination between participants to the FIA activities on the basis of race, skin colour, gender, sexual orientation, ethnic or social origin, language, religion, philosophical or political opinion, family situation or disability.”

Many observers believe that the appointment of Petrov contravenes the FIAs ethical position, but they believe that after his brushes with the authorities this year Hamilton is unlikely to risk further sanctions with further comments.

In that scenario, other drivers may feel some responsibility to point out that by appointing Petrov the FIA does not consider that his comments were in any way discriminatory, based on race or sexual orientation, as Racing Pride declared. – AFP

Champagne and radish go together like love and marriage