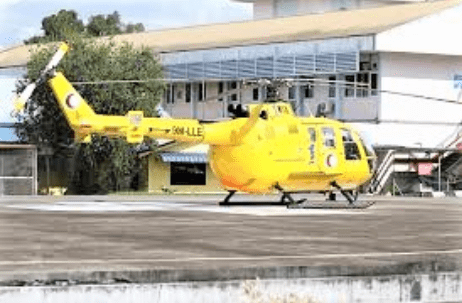 KUCHING: The State Health Department yesterday informed that the flying doctor service (FDS) for Miri, Kapit, Sibu, Sarikei and Sri Aman divisions, weather permitting, would be made available as scheduled.

The visits are planned between April 8 and April 14, it confirmed in a media statement yesterday.

The department reminded the people to stay put at their respective homes or longhouses while waiting for the FDS team to conduct the visits.

First in the list will be Long Sait in Miri; Rumah Engkayau, Ulu Machan and Rumah Janting in Sibu; and Rumah Barak and SK Jambu in Sarikei on April 8.

On April 9, the FDS will be made available at Ba’Data Bila in Miri; and Rumah Lidom, Sg Paya, Ulu Skrang in Sarikei.

On April 13, the FDS team will be at Long Lamai and Long Banga in Miri; Rumah Nuga and Rumah Manila in Kapit; and Rumah Nyandang, Ulu Akup and Rumah Mamut Langgir, Lingga in Sri Aman.

On the last day (April 14), it will be available at Ba’ Lai and Long Kellian in Miri; Rumah Liun, Ibau and Rumah Messop, Ibau in Kapit; and Rumah Rimong, Ulu Skrang and Rumah Siba Perdu, Ulu Spak in Sri Aman.

For further details on the FDS service, the people are advised to get in touch with the department’s Primary Health Care Unit senior assistant medical officer Sem Baling at 082-473268 or 016-5725040.

Apple judge weighs in on fight over Fortnite

‘Lockdown has been the perfect opportunity to work on myself’: Andile Phehlukwayo