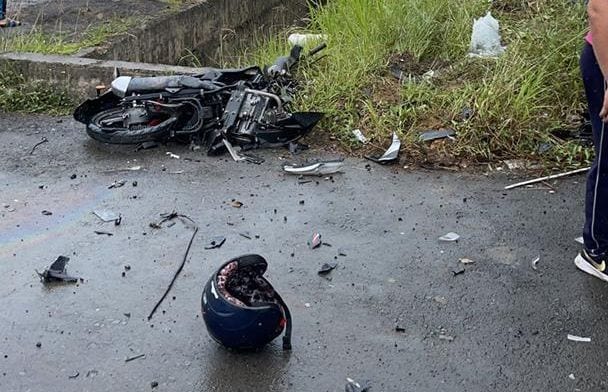 KOTA KINABALU: A food delivery motorcyclist was killed on the spot when he was hit and dragged by a runaway lorry at the old Papar road in Penampang here.

The 33-year-old rider was hit and then dragged by the lorry that crashed through the dual-carriage road divider and entered the opposite lane in the incident that occurred around 1.50pm on Thursday (July 1).

Penampang district police chief Deputy Supt Mohd Haris Ibrahim said the motorcyclist, who is also a member of the volunteer police reserve, was on his way to deliver food when the lorry suddenly hit him during a downpour.

DSP Haris said that the lorry driver, who was unhurt, had apparently lost control of his vehicle that went into the opposite lane.

“The victim was dragged several metres before being thrown into the drain on the opposite lane,” he added.

He said police were investigating the lorry driver for causing death due to negligence under Section 41(1) of the Transport Act 1987.

On CCTV footage capturing the accident, he urged the public not to spread it, as it would not only affect the police investigations, but also to protect the sensitivity of the victim’s family.

Firemen were called in to help extricate the body.

Work together or fail: ‘Operation: Tango’ is a game built for two