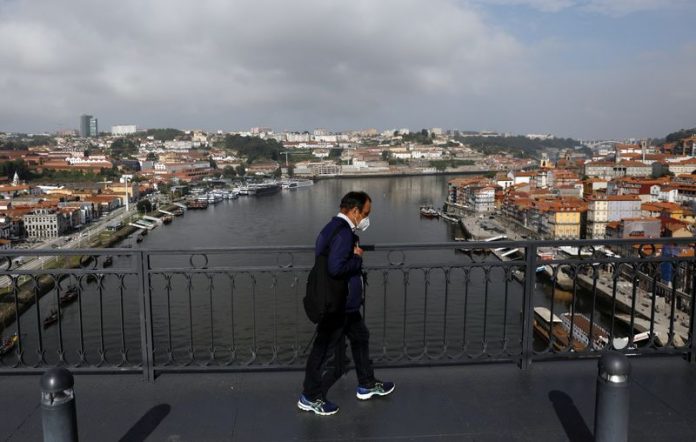 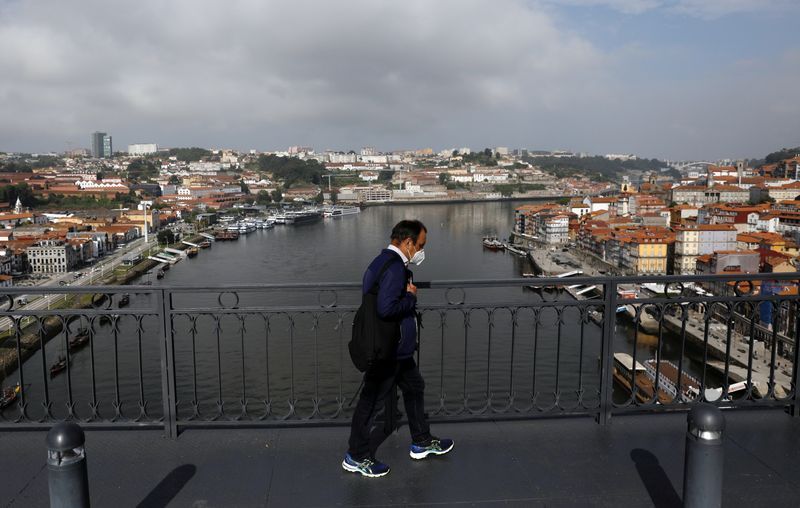 European soccer’s governing body UEFA moved the final between two English clubs, Manchester City and Chelsea, from Istanbul to Porto to allow English fans to travel to the match under COVID-19 restrictions.

Some Porto residents fear a spike in infections because of the highly contagious coronavirus variant spreading in parts of England after first being identified in India.

Others are upset that foreign fans can go into the stadium but locals have been banned from attending matches for months.

“If they open (the stadiums) for the English, they should open (them) for all,” said Alexandre Magalhaes, walking through Porto, which was packed with fans.

Portugal’s government initially said English fans must fly in only on the day of the match, stay in a “bubble” and fly home straight after the game.

But on Thursday authorities dropped the requirement for fans to stay in bubbles and lifted restrictions on movement.

“If these (new rules) are true I will not comply with any more lockdowns,” one Twitter user wrote. Another wrote: “This is a shame for everyone who continues to comply with health rules.”

Portugal imposed a lockdown in January after a surge in cases but rules have since been eased.

Some 16,500 fans will be allowed into the stadium. Many others have come to support their teams from outside it. Groups of maskless fans were on Friday drinking beer and chanting.

Authorities said they could not stop fans moving around because British tourists are now allowed in and out of Portugal if they present a negative PCR test.

Porto Mayor Rui Moreira said the city was ready for the final despite having had just two weeks to prepare.

“Portuguese people adjust… We are quite efficient at improvising,” he told Reuters.

Seniors begin to register for second round of AstraZeneca opt-ins

Other Sports: UK’s Prince William “sickened” by the racist abuse of England players