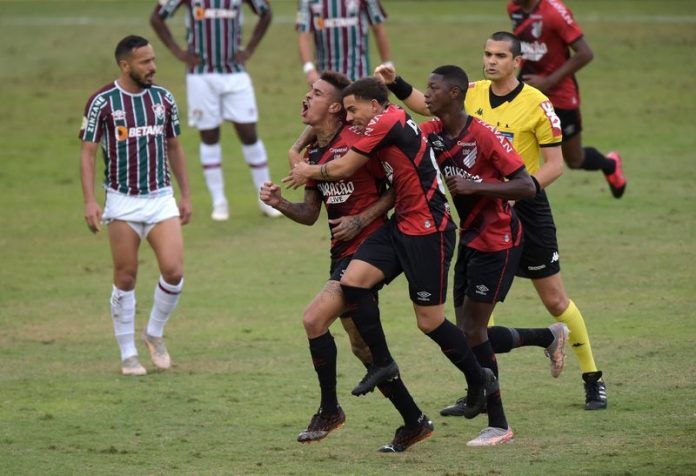 VOLTA REDONDA, Brazil (Reuters) – Athletico Paranaense moved into second place in Brazil’s Serie A on Wednesday when they recovered from losing a second-minute goal to win 4-1 away against Fluminense.

Fluminense goalkeeper Marcos Felipe could not stop a shot from Richard from squirming under his body after 25 minutes and he could only watch as a 30-metre rocket from Vitinho put Athletico ahead after 73 minutes.

Ze Ivaldo made it 3-1 with a header three minutes later and a penalty from Nikao in the final minute completed the scoring and lifted Athletico to 16 points, a point behind leaders Bragantino in the table.

Fluminense are in ninth, with 10 points.

Football: Soccer-Salah says he cannot be ‘selfish’ to discuss his Liverpool contract situation