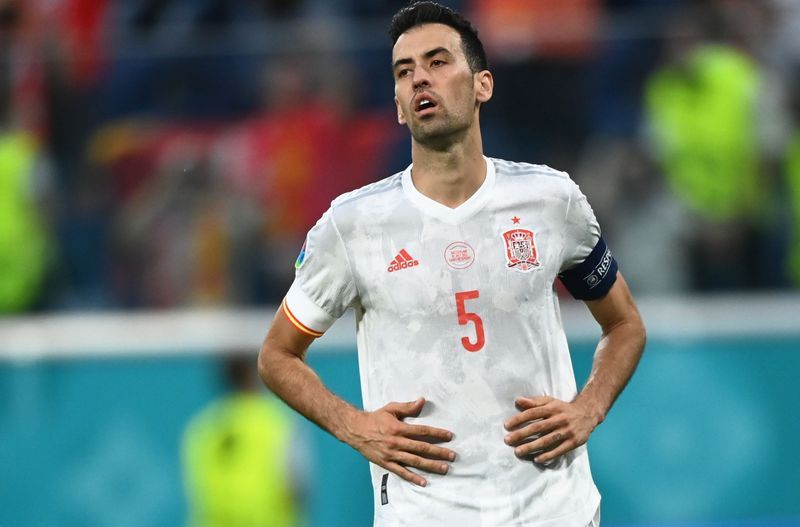 (Reuters) – Barcelona players Sergio Busquets and Jordi Alba have agreed to salary reductions in order to get new signing Sergio Aguero registered and to extend the club’s limit with regards to financial fair play regulations, the Catalan side said on Tuesday.

“Sergio and Jordi Alba have agreed to changes in the financial terms of their contracts which included a wage reduction for this season and the deferment of payments for the remaining years,” Barcelona said in a statement https://www.fcbarcelona.com/en/football/first-team/news/2240297/sergio-busquets-and-jordi-alba-also-help-the-club-to-register-team-mates-thanks-to-their-salary-cuts.

The details of the wage cuts were not disclosed.

Speaking after Lionel Messi’s departure to Paris St Germain earlier this month, Barcelona president Joan Laporta said that without the Argentine superstar’s salary, the club’s annual wages were still around 95% of their revenue, exceeding the 70% cap set by LaLiga.

Barcelona sit fourth in LaLiga with seven points from three games. They take on Bayern Munich in the Champions League group stage on Sept. 15, after the international break.

(Reporting by Dhruv Munjal in Bengaluru; editing by Clare Fallon)

Trio nabbed over assault after accident at Taman Intan Baiduri