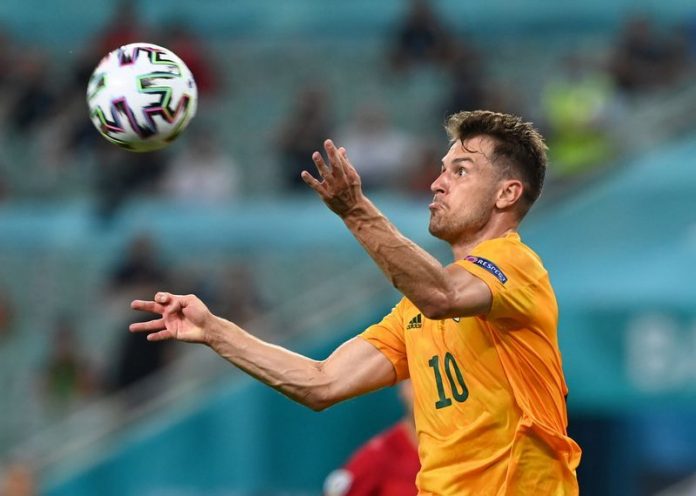 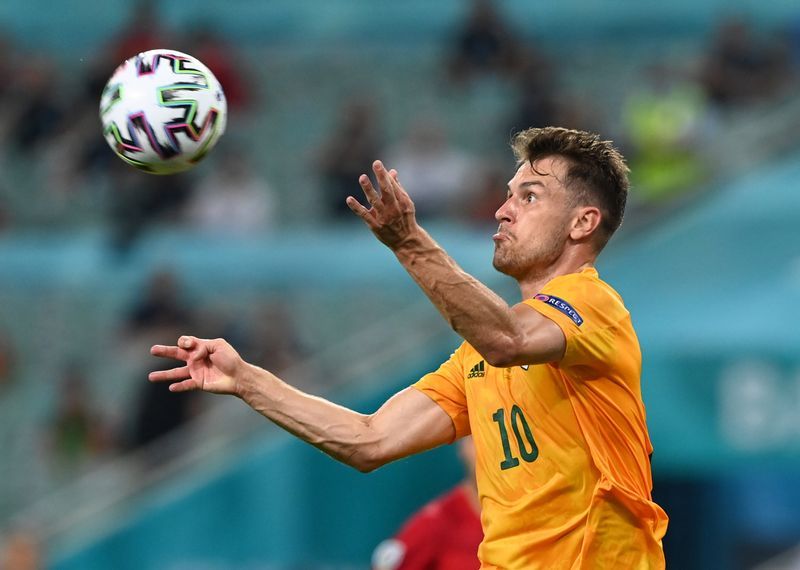 ROME, Italy (Reuters) – Italy forward Federico Chiesa is a big admirer of Juventus team mate and friend Aaron Ramsey but has not been chatting much with the Welshman prior to their nations’ Euro 2020 clash in Rome on Sunday.

Ramsey was instrumental in Wales’ 2-0 victory over Turkey on Wednesday – a win that puts Robert Page’s side in a strong position to progress to the last 16.

Italy currently top Group A after back-to-back 3-0 wins over Turkey and Switzerland.

Ramsey, who was in and out of the team last season in Turin, has the ability to worry the Azzurri in the Stadio Olimpico, according to Chiesa.

“Wales have some excellent players, first and foremost (Gareth) Bale,” he told a news conference on Friday.

“Ramsey? He’s also by no means an ordinary player, he’s a very intelligent footballer. I’ve enjoyed watching him in training and during matches in the past year.

“He is a friend of mine, we are on good terms but we didn’t text each other lately!”

Italy are unbeaten in their last 29 matches in all competitions since a 1-0 loss to Portugal in September 2018. If they avoid defeat against Wales, they will equal their all-time longest unbeaten run of 30 games set between 1935 and 1939.

Chiesa, however, is taking nothing for granted. “They (Wales) are a strong and tenacious team and will certainly give us a battle,” he said.

The Italian Football Federation has asked UEFA if the players can wear black armbands against Wales following the death of Giampiero Boniperti at the age of 92.