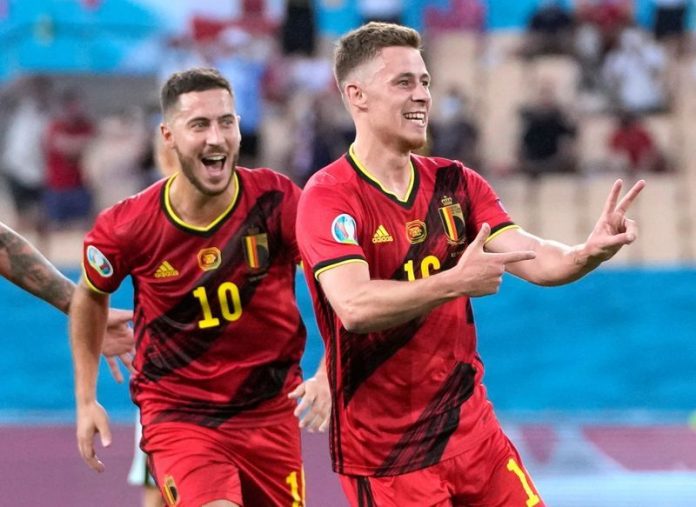 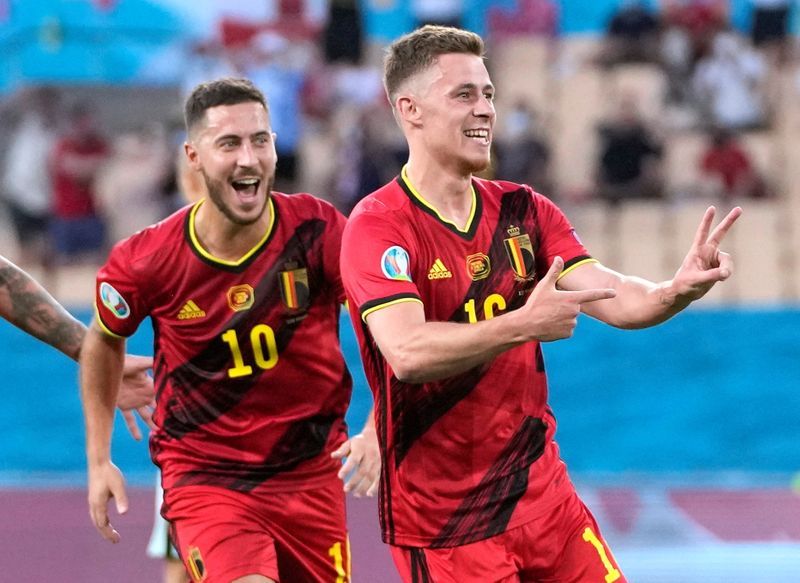 The availability of both players has Belgium on tenterhooks ahead of the match in Munich on Friday after they were forced off the pitch injured in the last-16 clash with Portugal on Sunday.

De Bruyne suffered an ankle injury while Hazard pulled a hamstring and they have not trained this week, including on Thursday morning before the team flew to Germany.

“It will be difficult for Eden to play tomorrow because of a soft issue injury and maybe a little different for Kevin who’s had a ligament problem,” Martinez told a news conference.

“We know that we are fighting against time but we are going to take until the last minute to take the decision. We have seen an improvement but we’ll only see tomorrow whether they can be involved or not. Unfortunately, we cannot make a decision at the moment.”

Martinez said it was a pity the two teams were meeting at this stage of the tournament.

“We are the best two teams statistically at the tournament. Two teams that have each won a record 14 games in a row in the European Championship,” Martinez said of their runs in the qualifiers and the tournament itself.

“It’s a shame we have to face each other in the quarter-final. But it’s the quality of this tournament I suppose and we need to be ready for it. There are not a lot of secrets, both sides look like club teams and tomorrow’s game is going to be decided by small details.”

It is also a chance for Martinez to reprise his shock success over Italy coach Robert Mancini in 2013 when he was manager of Wigan Athletic in the FA Cup final against a Manchester City side led by Mancini.

“If you put the final into context it was the England champions against a small team for whom just getting to the final was a success. I don’t think anyone expected that and since then it’s always been a story that has been stimulating and inspiring for other clubs,” Martinez added.

(Writing by Mark Gleeson in Johannesburg; Editing by Ed Osmond)

U.S. expects seventh round of Iran nuclear talks; no details when

Golf: Golf-Tiger says return to competition is all about having fun