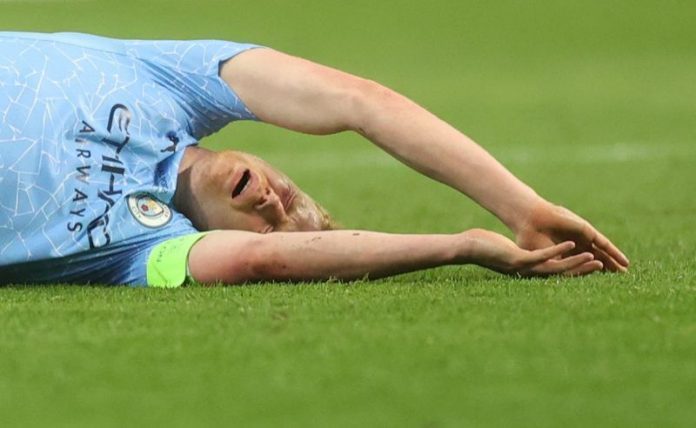 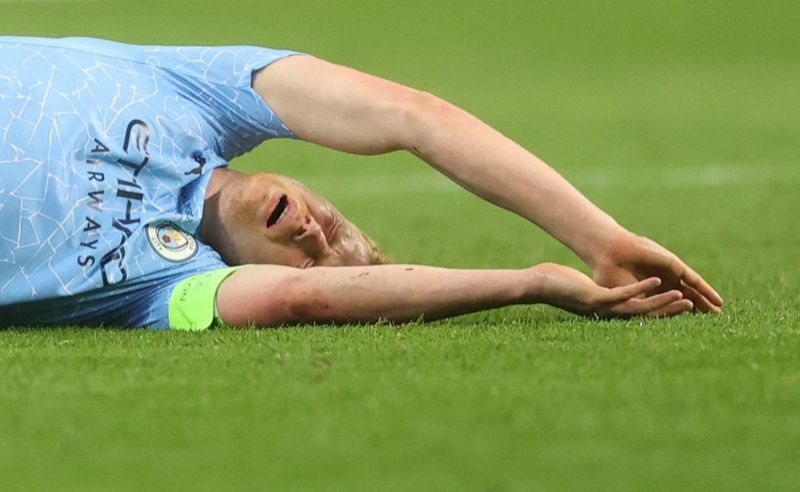 BRUSSELS (Reuters) – The possibility of Kevin De Bruyne competing for Belgium in the European Championship remains unclear as he recovers from facial fractures, coach Roberto Martinez said on Wednesday.

The midfield talisman broke his nose and eye socket in a clash in the Champions League final last weekend but it would be days before Belgium were clear about his chances of competing, Martinez told reporters.

“I would say that until next week we won’t know exactly where we are with Kevin. Now, allow him now to relax.

“He could be available for the Euros but when, we don’t know at the moment. It’s too early to give you an answer now, we must first get the green light from the medical side.”

De Bruyne had been scheduled to join up with Belgium’s squad just days before their opening Group B match against Russia in St Petersburg on June 13 after a long club season with Manchester City, culminating in last Saturday’s Champions League final.

But his participation is in doubt after an accidental clash with Antonio Rudiger of Chelsea forced him from the field and left him with the fractures.

“He’s still recovering after a very difficult season in terms of the amount of games at club level. But every day is important and we are in contact with him daily,” Martinez said of his star performer.

There is similar uncertainty over captain Eden Hazard, who has had long-standing injury woes.

He would not be fielded in Thursday’s warm-up friendly against Greece, said Martinez, but was likely to get 45 minutes on Sunday in a second preparatory match against Croatia. Both are being played behind closed doors in Brussels.

“Greece will be a fantastic game for us in terms of being a competitive clash. They will test us on how we can play our high pressure game. They are also a very good defensive side so we want to assess partnerships up front,” added Martinez.

“You never really kick on in your preparations until you get into a match scenario. Pity we don’t have fans behind us but we’ll try to use the game as well as we can.”