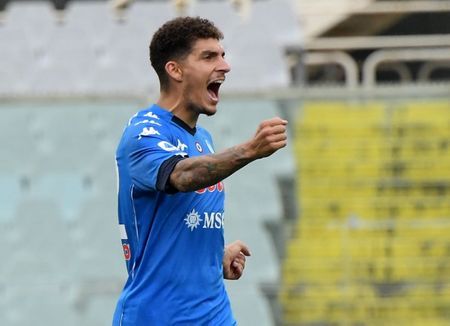 ROME (Reuters) – Italy defender Giovanni Di Lorenzo was handed a start for their second Euro 2020 game against Switzerland in Rome on Wednesday as manager Roberto Mancini otherwise kept faith with the side that thrashed Turkey on the opening day.

The Azzurri defeated Turkey 3-0 on Friday, but defender Alessandro Florenzi picked up an injury during the encounter and has been replaced by Napoli’s Di Lorenzo in a like-for-like swap.

Manuel Locatelli keeps his place in midfield with Marco Verratti still not ready to feature as he continues his recovery from a knee injury.

Switzerland manager Vladimir Petkovic picked the same team that drew 1-1 with Wales on Saturday, with Breel Embolo leading the attack after scoring in a man-of-the-match performance in Baku.

Football: Soccer-Koeman not worried about Barcelona future, hopeful of turnaround