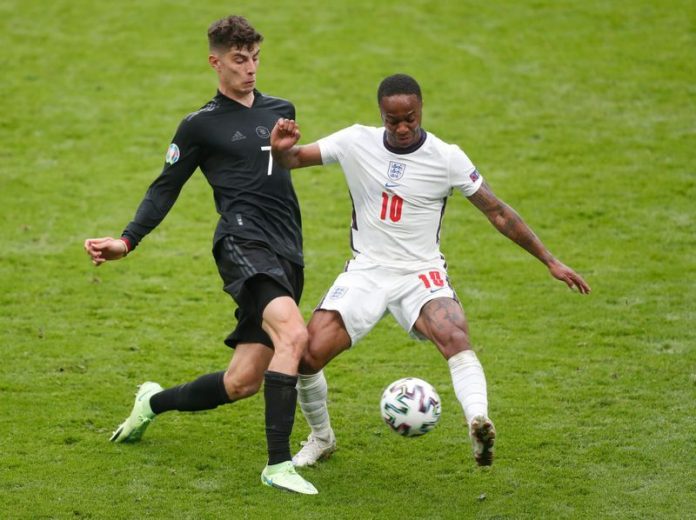 Sterling has been one of England’s top performers at the tournament, scoring three times in four games. He opened the scoring in Tuesday’s 2-0 victory over Germany which set them on their way to the clash with Ukraine in Rome on Saturday.

The 26-year-old has scored 15 goals in his last 20 England appearances, having gone 27 games without a goal before that.

“He is a fighter,” Southgate told British media on Wednesday. “He has developed over the last couple of years this real hunger to score.

“He is finding himself in these areas and yes, his drive is fantastic, we know the journey he has been on with England and I am so happy for him to be able to deliver the performances he has.”

Sterling’s selection had come under question with the emergence of new attacking talent in the squad but Southgate said the forward was happy to prove the critics wrong.

“To deliver them at Wembley will have been really special for him and the goals return is incredible,” Southgate.

“Absolutely incredible, really, but yes, please keep asking the questions because if we cannot motivate him everyone else will certainly be able to.”

At least 1,200 phishing scams reported in SG since December as e-wallet con makes...

Behind the scenes on the nearly-ready Crossrail project