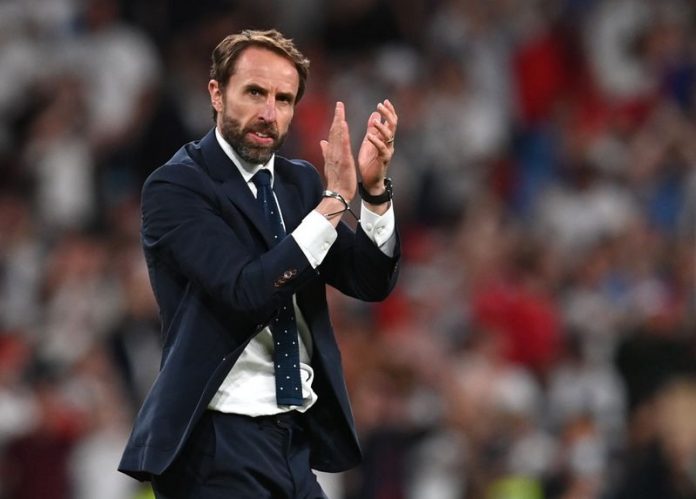 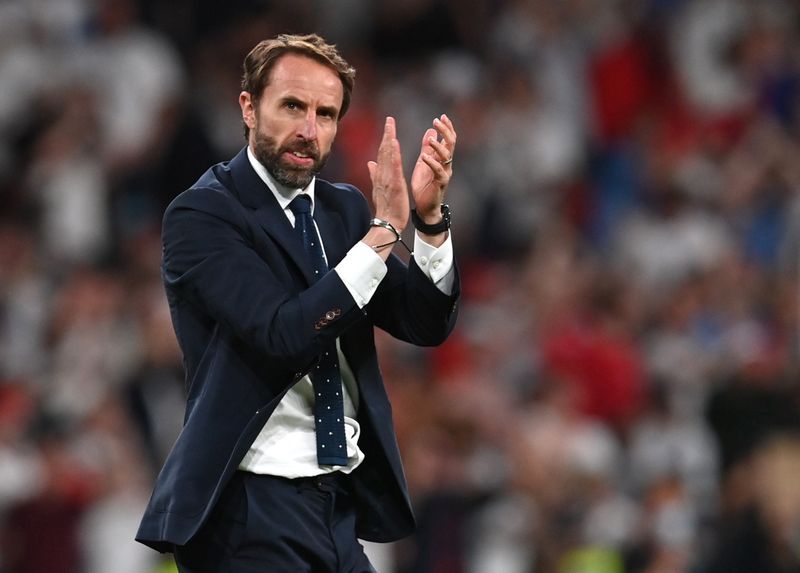 LONDON (Reuters) – England manager Gareth Southgate hailed his team for reaching their first tournament final in 55 years but said Italy, their opponents in Sunday’s decider, will be a “massive hurdle”.

Southgate and the England players stayed on the field after the final whistle singing “Sweet Caroline” with the fans and he suggested that was enough celebrating — for now.

“They’ve had it, haven’t they? There was mayhem on the pitch and I was part of it. We’ve got to enjoy the fact we’re in the final but there’s one more massive hurdle to conquer,” he said.

“Italy are a very good side. I’ve thought that the last couple of years. They are in outstanding form and have defensive warriors who have been through everything. It’s a great game to look forward to,” he said.

“Finals are there to be won. We’ll regroup and prepare properly. We need to recover tonight, it’s taken a lot physically and mentally. Italy have also had that – although they’ve had an extra day to recover,” he added.

Harry Kane’s strike in extra time earned a 2-1 win for England who had trailed after half an hour, having conceded their first goal of the tournament.

“I’m so proud of the players. It’s an incredible occasion to be a part of. The fans were incredible all night. We knew it wouldn’t be straightforward. We said to the players we have to show resilience and come back after setbacks and we did that.”

“We’ve had three memorable games on the bounce. We said we want to create memories for our nation. The young ones think it’s always like this. I’ve just had to tell (teenagers Bukayo) Saka and (Jude) Bellingham it doesn’t really work like this,” he said.

Southgate had suffered defeat in a Euro semi-final for England in 1996 and then again as manager in the World Cup in Russia three years ago and was glad to have taken the extra step.

“We suffered in Moscow on a night like this and we’ve managed to put that right,” he said.

“I felt we’d get there but I knew we’d have a different sort of battle. Denmark are so underrated as a team and they caused us a lot of troubles.

“When you’ve waited as long as we have to get through a semi-final, the players – considering the limited international experience some of them have – have done an incredible job,” he added.

No red notices issued for Nicky Liow and Jho Low yet

Gal Gadot really loves going through childbirth: ‘I’d do it once a week if...