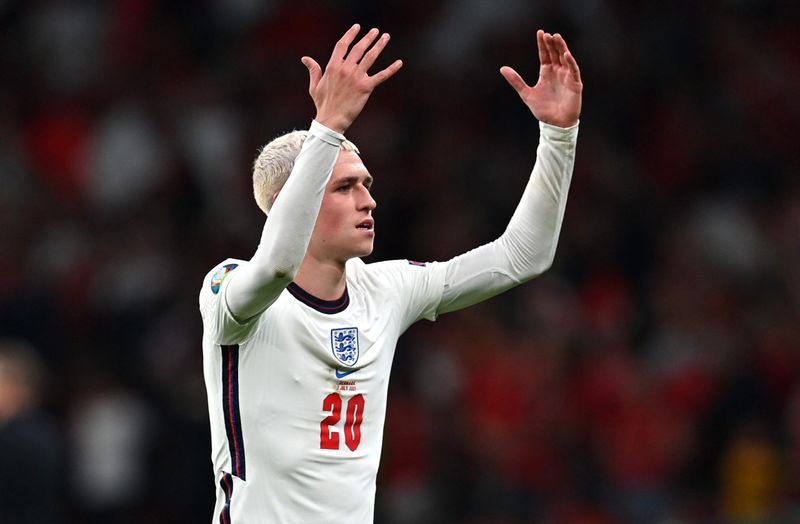 (Reuters) – England midfielder Phil Foden did not take part in Saturday’s team training session ahead of their European Championship final against Italy as a precaution due to a minor injury.

The 21-year-old has impressed in his three European Championship appearances so far, starting England’s opening group games against Croatia and Scotland, and coming on as a substitute in the 2-1 semi-final win over Denmark on Wednesday.

England wrote on Twitter: “25 players are out at training this morning as the Three Lions get ready for Italy, with Phil Foden sitting out due to a minor knock.”

Manager Gareth Southgate has no shortage of options on the right side of England’s attack where Foden usually plays, with several players competing for the spot including Bukayo Saka and Jadon Sancho.

England take on Roberto Mancini’s Italy at Wembley on Sunday, looking to win their first major trophy since the World Cup in 1966.

(Reporting by Hritika Sharma in Bengaluru; Editing by Hugh Lawson)