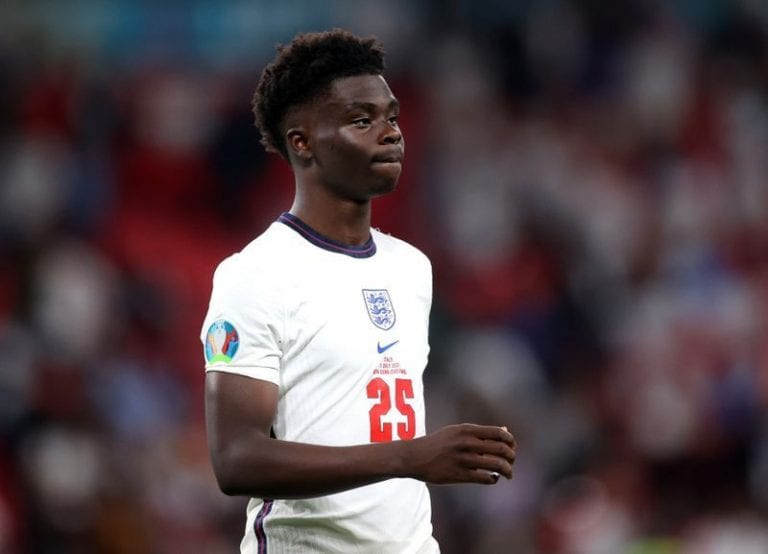 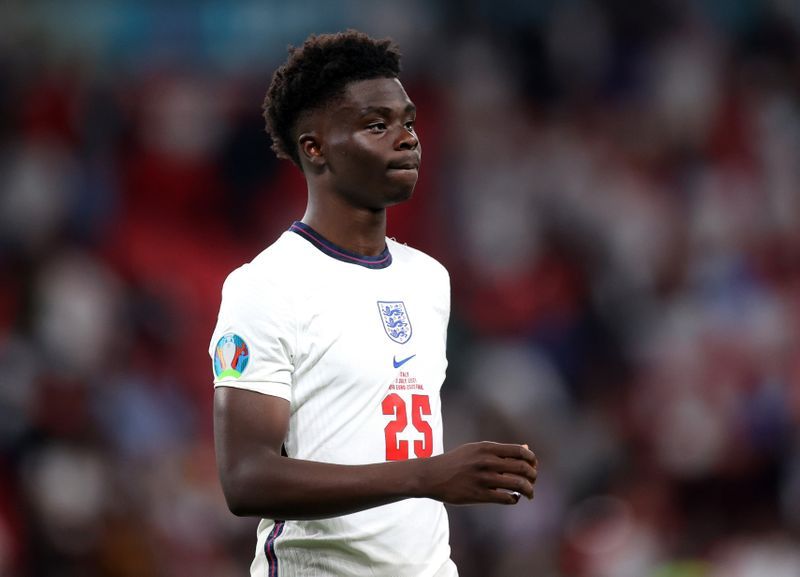 (Reuters) – England’s Bukayo Saka said popular social media platforms are not doing enough to prevent online racist abuse after he was on the receiving end following his missed penalty in Sunday’s European Championship final against Italy.

Substitutes Marcus Rashford, Jadon Sancho and Saka all missed spot kicks in the 3-2 shootout loss to Italy and Saka – who was reduced to tears after the final – penned an apology to the fans as the country’s 55-year trophy drought was extended.

Saka, 19, thanked those who sent him messages of support and campaigned on his behalf, saying: “Love always wins,” but vowed to stand strong against the hateful messages he received online.

“My reaction post-match said it all, I was hurting so much and I felt like I’d let you all and my England family down, but I can promise you this: I will not let that moment or the negativity that I’ve received this week break me,” Saka said on Twitter https://twitter.com/BukayoSaka87/status/1415692762708680717 on Thursday.

“To the social media platforms Instagram, Twitter and Facebook, I don’t want any child or adult to have to receive the hateful and hurtful messages that me, Marcus and Jadon have received this week.

“I knew instantly the kind of hate that I was about to receive and that is a sad reality that your powerful platforms are not doing enough to stop these messages.”

The three Black players were targeted on social media after the final, with the racial abuse prompting a police investigation and country-wide condemnation.

Rashford and Sancho had also apologies earlier this week, with Sancho saying he was not surprised by the racist abuse that followed.

British police said four people have been arrested over online racist abuse aimed at England’s players while a hate crime investigation led by the UK Football Policing Unit is under way.

British Prime Minister Boris Johnson has promised to tackle online abuse, but he and other ministers have been accused of hypocrisy for not condemning those who booed the players at the start of the tournament for their “taking the knee” anti-racism protest.

(Reporting by Rohith Nair in Bengaluru; Editing by Alex Richardson)