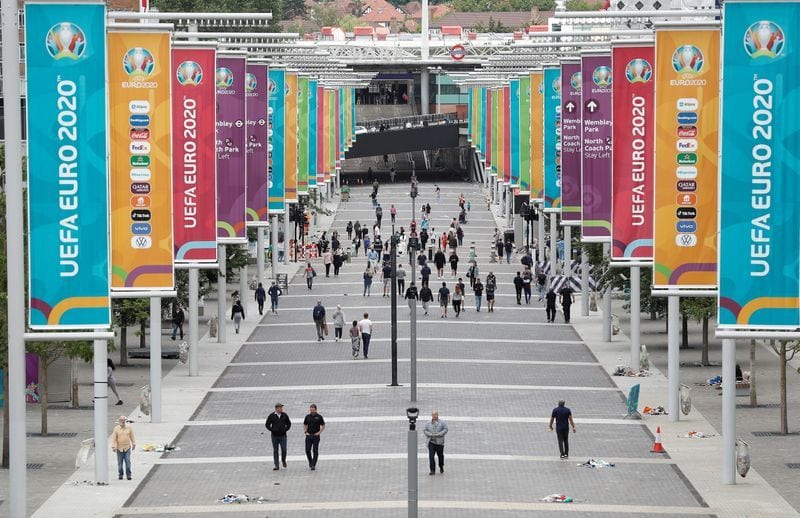 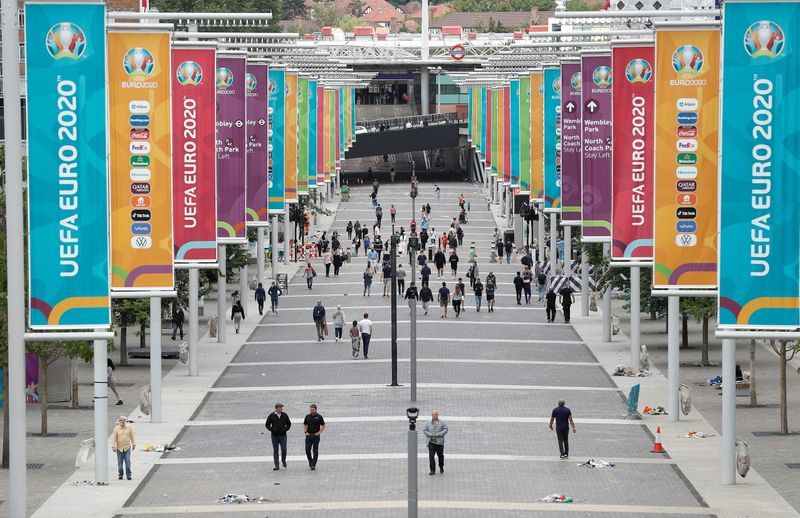 Fans clashed with each other and officials, breached security cordons and charged into the perimeter area of Wembley before the start of the match.

“We will do a full review and we will work with the police to catch anyone involved and make sure we can prevent it ever happening again,” Bullingham told the BBC on Monday.

“Anyone caught will obviously be banned and have the right action taken against them. There were a large number of drunken yobs trying to force their way in. We run a stadium, not a fortress.

“We have got a fantastic security team at the stadium and they had never seen anything like it. I have to apologise to any fans whose experience was affected and any of the team who had to cope with this.”

The Metropolitan Police said they had made 49 arrests connected to the incident and that 19 of its officers were injured as they confronted “volatile” crowds.