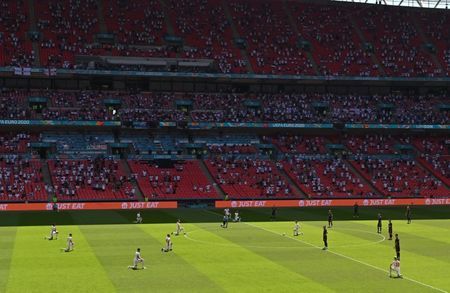 LONDON (Reuters) – A fan was taken to hospital in serious condition after falling from the stands during England’s 1-0 victory over Croatia in their Group D European Championship match at Wembley Stadium on Sunday.

A spokesperson for Wembley Stadium said the supporter fell from the stands just after the match kicked off and that the incident would be fully investigated.

“The spectator was given on-site medical attention and was then taken to hospital in a serious condition,” the spokesperson added.

About 22,500 supporters, a quarter of Wembley’s capacity, were allowed in to watch the match, which England won thanks to Raheem Sterling’s second-half goal.

(Reporting by Simon Jennings in Bengaluru, editing by Ed Osmond)

How to help prevent your Bluetooth devices being hacked