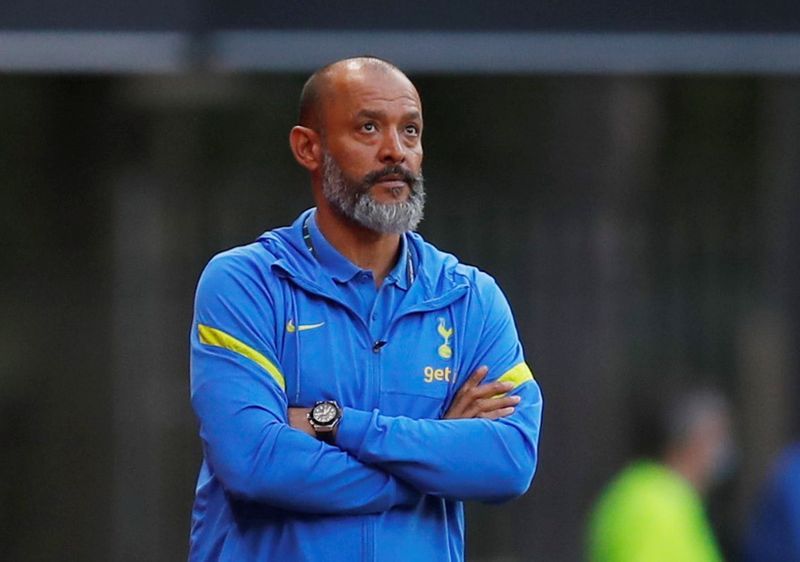 (Reuters) – Tottenham Hotspur manager Nuno Espirito Santo backed his team to bounce back from their 3-0 Premier League defeat by Chelsea, saying the supporters deserved better than the second-half display on Sunday.

After an energetic performance in the opening period, Spurs conceded three times after the break as Chelsea seized control of the game and eased to victory.

Spurs won their opening three league games of the season but have suffered consecutive 3-0 losses to Crystal Palace and Chelsea, and slipped to seventh in the standings.

“Our fans deserve much better than what we did on Sunday,” Nuno told reporters on Tuesday. “I was really pleased and I think our fans were as well with the first half, there were a lot of positives but the second half was not good.

“Our reaction to our problems is hard work, it’s helping each other. It’s how I work, with everybody involved. This is the right path for us.

“We have to find the balance in our game… With the talented and quality players we have, when they start to gel, I’m positive it’s going to be good.”

Nuno said wingers Steven Bergwijn and Lucas Moura are not available for Wednesday’s Carabao Cup tie against his former club Wolverhampton Wanderers after they picked up injuries in last week’s Europa Conference League game against Rennes.

Nuno called on striker Harry Kane, who has yet to score this season, to put his tumultuous summer behind him after he failed to secure a move away from the club and rediscover the form that saw him win the Golden Boot last season.

“That’s the past, nothing that we can say or do now or in the future will change the past. What we have to do with the past is put it behind our heads and focus in the present,” Nuno said.

Spurs will take on north London rivals Arsenal in the Premier League at the Emirates Stadium this weekend, but Nuno insisted the derby would not have an impact on his team selections for the trip to Molineux.

“The approach is the same,” he said. “We still have players out. Some players with some issues from the previous game which we are trying to manage, but nothing has changed much.”