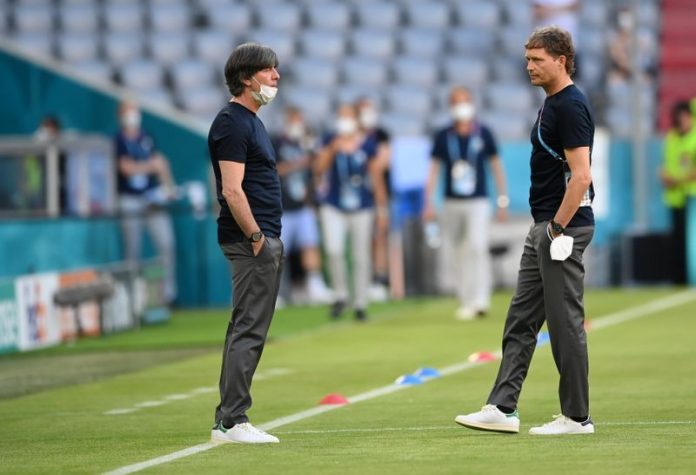 MUNICH, Germany (Reuters) – Title favourites France will start with their formidable frontine of Antoine Griezmann, Karim Benzema and Kylian Mbappe for the first time in a competitive match in their European Championship Group F opener against Germany on Tuesday.

France coach Didier Deschamps, whose team are unbeaten in their last 16 competitive outings, also opted for midfielder Adrien Rabiot instead of Corentin Tolisso.

Germany coach Joachim Loew, in his last tournament in charge after 15 years at the helm, opted for a 3-4-3 formation with Thomas Mueller in a forward role and Kai Havertz and Serge Gnabry on the wings.

A three-man backline is reinforced by holding midfielders Joshua Kimmich and Robin Gosens.