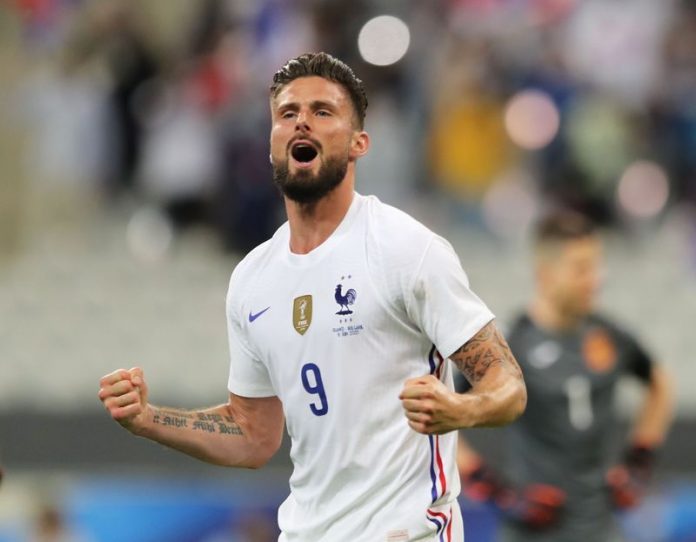 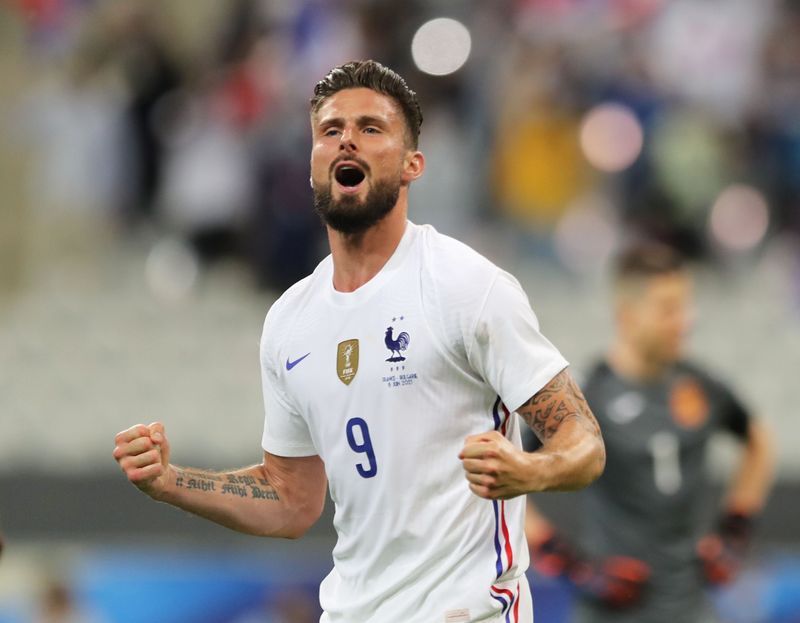 (Reuters) – France international striker Olivier Giroud thanked Chelsea’s fans, players and coaches for “special moments” as his switch away from the Premier League club drew closer, with British media reporting Italian side AC Milan would be his next team.

World Cup-winner Giroud scored 39 goals in 119 games in all competitions for Chelsea and helped the London outfit claim the Champions League, Europa League and FA Cup since joining them from Arsenal in 2018.

“To all the Blues, to my team mates, to all my coaches, to the whole club, a huge thank you for these special moments,” Giroud tweeted.

“I’m starting a new journey with a light and happy heart. Our victories in the FA Cup, Europa League and Champions League have been magnificent.”

The 34-year-old joined Chelsea from Arsenal for a reported 18 million pounds ($24.79 million) in January 2018 and had a year left on his contract at Stamford Bridge.

He was part of France’s Euro 2020 campaign where the world champions were knocked out by Switzerland in the last-16.

Sky Sports said Giroud arrived at Milan’s La Madonnina clinic on Friday to undergo a medical. Reports added Milan would pay around one million euros ($1.18 million) for the player who is expected to sign a two-year deal.

In June, Milan signed Chelsea’s Fikayo Tomori on a permanent transfer after the defender spent the second half of the 2020-21 season with the Italian side on loan.

Milan, who finished second in Serie A last season, begin their 2021-22 league campaign away to Sampdoria on Aug. 22.

(Reporting by Shrivathsa Sridhar in Bengaluru; Editing by Kim Coghill)

Tennis: Tennis-Berrettini pulls out of Paris Masters attributable to damage

For struggling Afghan family, the next meal is a matter of faith