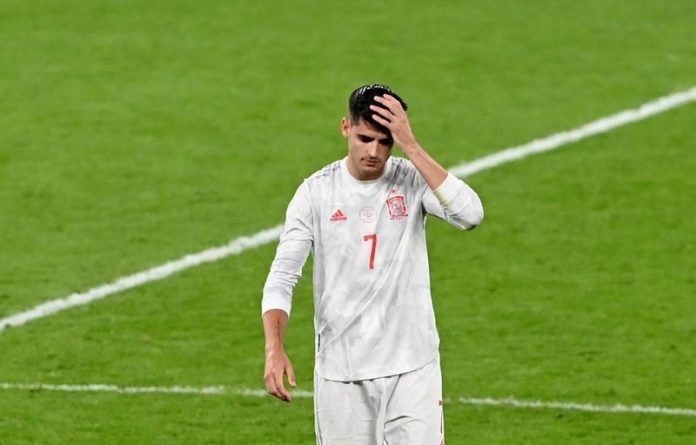 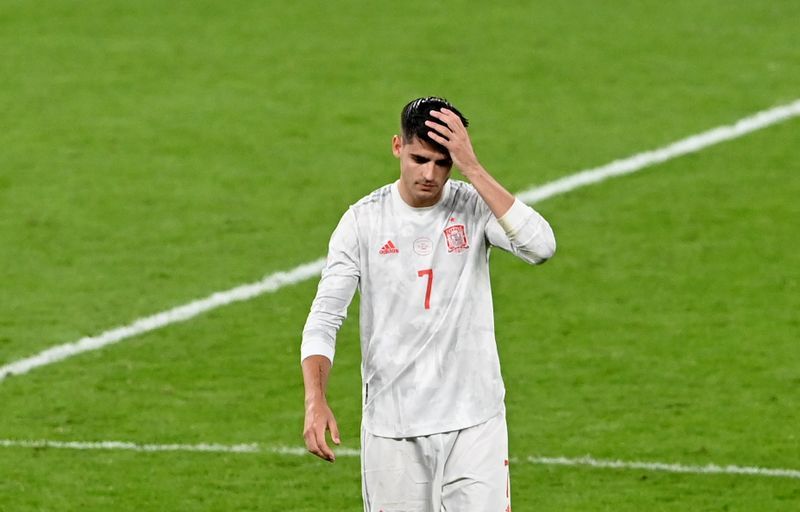 One minute he looks like one of the most potent strikers in world football, as his superb finish to bring Spain back level against Italy in Tuesday’s Euro 2020 semi-final showed.

The next, he looks a nervous wreck in front of goal, with his thoroughly unconvincing penalty proving crucial as Spain slipped out of the competition following a shootout defeat at Wembley.

His family have faced abuse because of the striker’s form during the tournament, while his own supporters booed him in Seville in the group stages, but Morata’s key finish against Croatia in the last-16 started to change opinion in his favour.

Against Italy, however, it was two steps back once again, as he was surprisingly left on the bench by coach Luis Enrique at Wembley, despite having started every match at Euro 2020 before the last-four encounter.

Trailing to Federico Chiesa’s curling finish, Luis Enrique turned to Morata from the bench, and the striker became an instant hero, collecting Dani Olmo’s through ball before slotting home a fine finish to level.

All was well again with Morata and Spain. That calm strike meant Morata has now scored more goals (six) at European Championships than any other Spain player, overtaking Fernando Torres’ five goals.

In fact, Morata became the first ever Spanish player to score for club and country at Wembley Stadium.

Into extra time, Morata posed a threat when in attacking areas, but could not have the final say, as the match went to penalties. His impact on the game was far from over, however.

From the moment the 28-year-old put the ball on the spot for Spain’s crucial fourth penalty in the shootout, you were never convinced the net was going to bulge.

His tentative spot kick was easily saved by Italy goalkeeper Gianluigi Donnarumma as Morata came full circle from hero to zero in no time at all as Spain crashed out.

“He has an abductor issue and it really says a lot about his personality that despite that he wanted to take a penalty,” Luis Enrique told a news conference after the match.

“He has gone through some tough times during this competition but he was brilliant all match.”

His goals per game record for his country – nearly one in two – represents an impressive return, with some top level strikers unable to get even close to such an output.

But it is key misses, often in key moments, like the Wembley spot kick, that mean he will remain a polarising figure for Spain fans who, when searching for someone to blame for their side’s Euro 2020 exit, will not have to look too far.